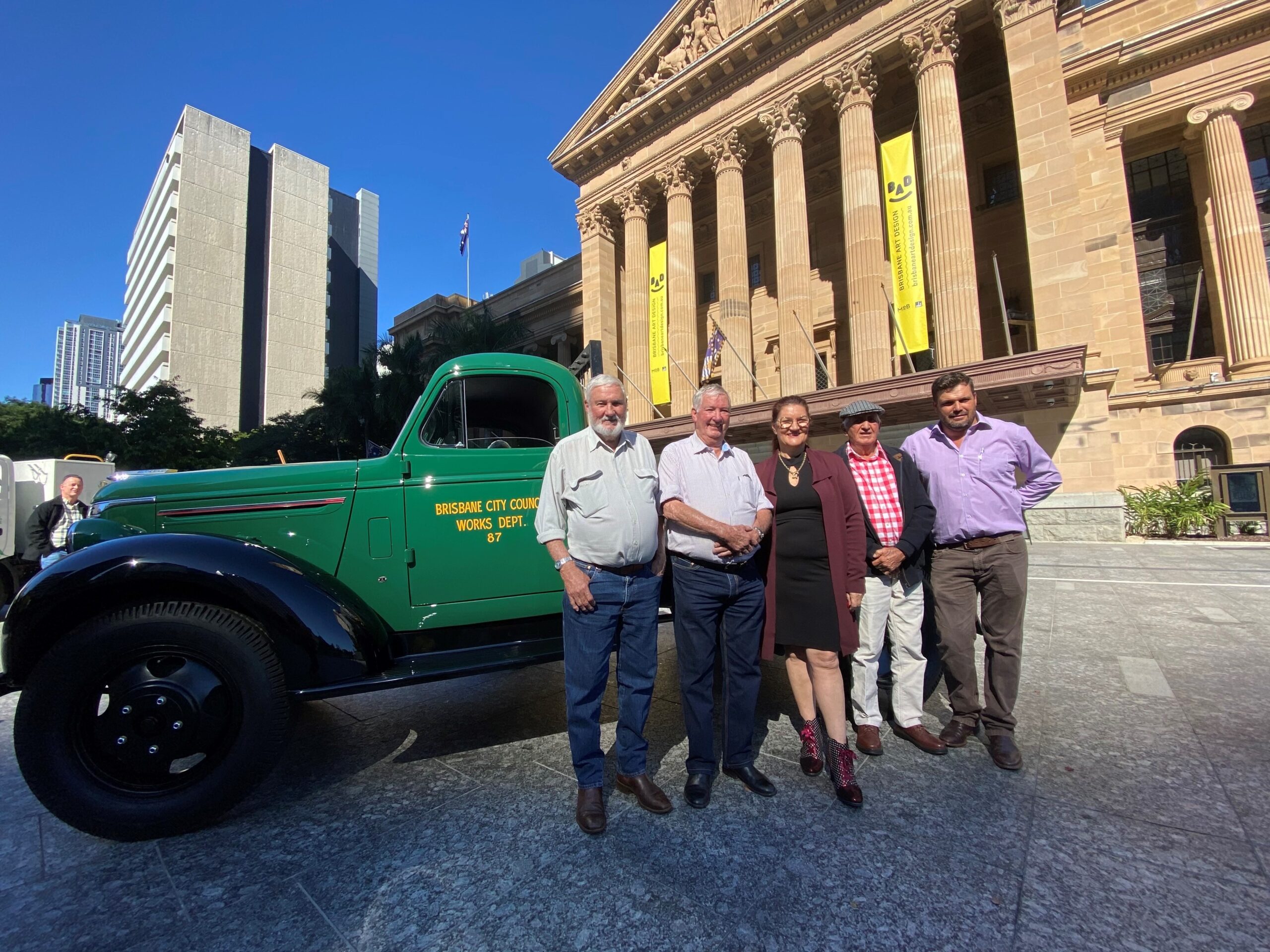 City Standards Chair Kim Marx said the 1939 Chevrolet ½ Ton Chevy was part of Brisbane City Council’s fleet during WW2 and was restored just as Council’s added the first electric truck to its fleet.

“In 2017, the owner of Tullaville cattle station in Moonie, 331km west of Brisbane, contacted Council about a rusted out, Brisbane City branded, 1939 Chevy,” she said.

“The Chevy had been left on the property by the previous owners, the Baker brothers, who were a prominent family in the small rural town that purchased the vehicle at auction in Toowoomba in 1962.

“Our fleet team brought the vehicle home and then spent 1300 hours of their own time to restore it at our workshop in Wacol, even sourcing the Chevy’s parts through detailed research.”

Council mechanic Glen Williams led the project and wanted the challenge of bringing something back to life that would have normally been scrapped.

“Working on the Chevy has given me a sense of achievement knowing we’re preserving a piece of Council history that younger generations may have never seen or known about,” Mr Williams said.

“The hardest part was sourcing parts and materials, as they’re not available off the shelf.”

Cr Marx said it was uncanny that the restoration came at a time when Council welcomed its first electric truck to its fleet.

“While the Chevy is speculated to have been used by Council to lay asphalt or fix potholes, the new electric truck will have a different, greener role at City Botanic Gardens where it will be used to manage the historic gardens,” she said.

“Unlike a diesel-powered Chevy, this new truck runs on a 100kW battery which is enough power to drive 275km on four hours of charge, leaving minimal carbon footprint and highlighting just how far we’ve come in advancing the working vehicles that help maintain our great city.

“We won’t be putting the Chevy back to work and we’re looking at a number of options to ensure residents can marvel over this great piece of Brisbane’s history.”