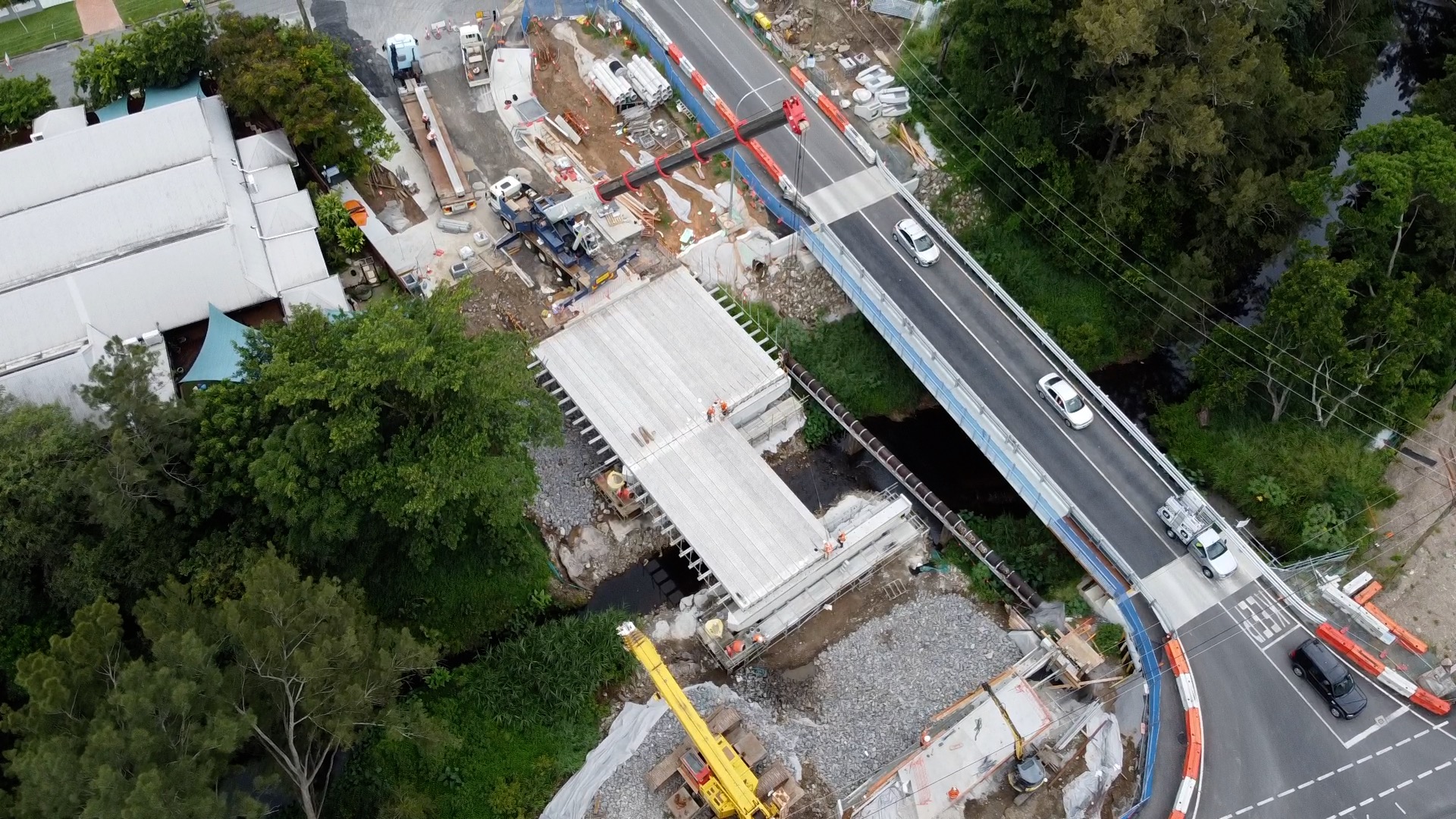 The Schrinner Council’s upgrade of the 90-year-old Gresham Street bridge is complete, with a new elevated design making the crossing more flood resilient in the future.

“After experiencing some of the worst flooding our city has ever seen, the Gresham Street bridge project is also an important reminder of how critical it is to incorporate flood resilience into our designs.

“Gresham Street Bridge was constructed in 1931 and the almost a century-old timber structure was prone to minor flooding and in need of replacement after reaching the end of its lifespan.

“Today marks the opening of the new concrete bridge, which is more durable than timber and features a new, elevated design to improve its flood immunity.

“As part of the project, we also undertook significant improvements to the drainage infrastructure on Gresham Street, Royal Parade and Waterworks Road.”

The Gap Ward Councillor Steve Toomey said Gresham Street bridge was the only access point for locals entering in and out of St Johns Wood.

“We’re committed to improving our roads to get residents home sooner and safer and the new Gresham Street bridge is a great outcome for the community,” Cr Toomey said.

“The new bridge is wider and safer, with two 2.5 metre shared paths on each side providing reliable access for pedestrians.

“The upgrade now allows buses to take a left hand turn off Waterworks Road into Gresham Street and has an increased load limit from 22.5 tonne to 42.5 tonne.”

The project supported around 30 jobs at the peak of construction.

The Gresham Steet bridge replacement project was jointly funded by Council and the Australian Government which contributed $700,000 as part of the Bridges Renewal Program.