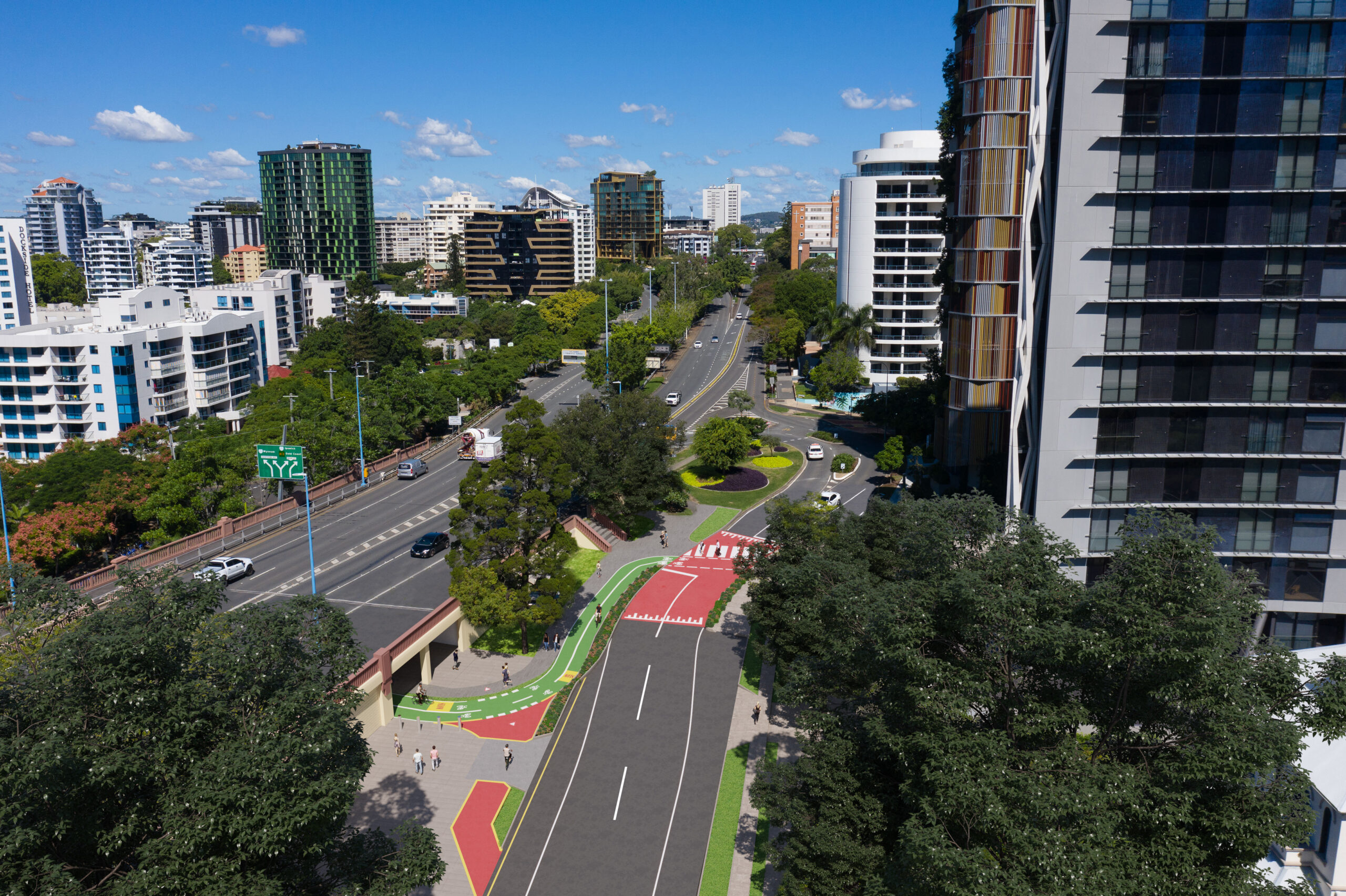 The Schrinner Council has revealed new designs detailing how pedestrians and active travellers will be able to seamlessly connect to the new Kangaroo Point Green Bridge.

Lord Mayor Adrian Schrinner said the planned connections at the Kangaroo Point and city side landings would be delivered following strong community interest in how the bridge will integrate with the surrounding active transport network.

“These new designs reveal how separate walking and active travel routes will be incorporated into this exciting project to ensure the bridge provides faster, safer and more convenient access to the wider active and public transport network,” Cr Schrinner said.

“A lift and stairs will connect the bridge landing to C.T. White Park and riverside pathways, and a new raised priority crossing will be delivered on Main Street.

“On the city side of the bridge, pedestrians and cyclists will be able to continue their journey along the CityLink cycleway, or follow pedestrian and cycle paths through the City Botanic Gardens to the popular Riverwalk.”

“We’re inviting locals to view the designs of the ongoing walking and cycling connections and chat to the project team at one of the information sessions being held across May and June,” he said.

“The contract to design and construct the Kangaroo Point Green Bridge is set to be awarded in the coming months, with construction due to start later this year, bringing us even closer to getting residents home quicker and safer with less traffic congestion and more travel options.”

This milestone follows the announcement of the selected alignments for two West End green bridges. stretching from Guyatt Park to Orleigh Park, and the other from the former ABC Toowong site at Coronation Drive to Orleigh Park near Forbes Street in West End.

Council is also preparing to submit the development application for the Breakfast Creek Green Bridge, which is also planned to start construction later in 2021.

For more information and to view details of information session times visit brisbane.qld.gov.au or call Council on 3403 8888.

Visit www.adrianschrinner.com.au/brisbane-news for more information about what’s happening in Brisbane.