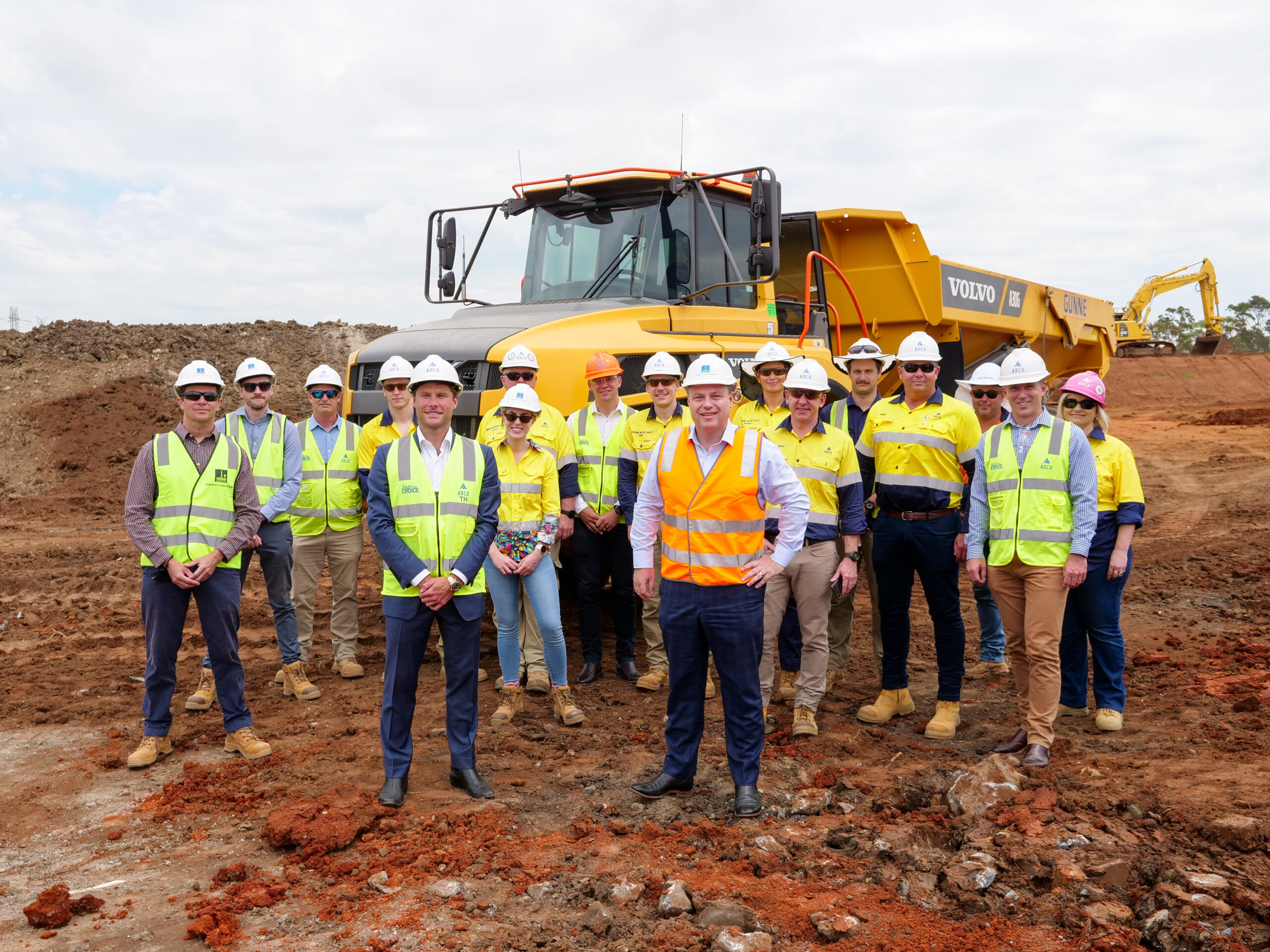 Major works are underway in Brisbane’s south to deliver a state-of-the art depot that will support up to 170 local jobs, store and maintain a fleet of Brisbane Metro vehicles and charge them in under six minutes.

Lord Mayor Adrian Schrinner said this was another 2021 milestone for the city-shaping project, with major works on the Rochedale depot – delivered by ADCO Constructions – moving full steam ahead.

“The bulk excavation works across the 10-hectare site will involve exporting more than 40 Olympics pools’ worth of earthworks material over the coming months, to make way for construction of the deport facility.

The new depot will feature modern flash-charging technology, which can recharge a Brisbane Metro vehicle in under six minutes at the end of route, overnight charging, stabling, maintenance and washing facilities for the vehicle fleet, as well as staff and training facilities, and on-site parking.

Cr Schrinner said the depot site was also being designed and constructed with sustainability front-of-mind.

“In-line with Council’s commitment to make Brisbane a low carbon and climate resilient city, the depot will include a large one megawatt solar power system.

“For comparison, Council currently has approximately 2.2 megawatts of solar spread across 37 sites throughout Brisbane – so this is a huge achievement,” he said.

“The use of harvested rainwater across the site, and recycled water in the Brisbane Metro vehicle wash facility will also help to support a clean and green Brisbane for years to come.”

Federal MP for Bonner Ross Vasta MP said local commuters have been looking forward to the major works getting underway at Brisbane Metro Depot, which will mean they can get home sooner and safer.

“Brisbane Metro will have four stops in my electorate of Bonner, delivering new public transport infrastructure which will bust congestion and see thousands of visitors to our community,” Mr Vasta said.

“It will provide significant benefits right across Brisbane CBD and Brisbane’s southern suburbs; supporting local economies and providing a more efficient and sustainable way to get around our city.”

With the expected success of Brisbane Metro and future forecasted growth in Brisbane, the Schrinner Council has strategically considered the growth of the Brisbane Metro vehicle fleet through future-proofing the Rochedale depot.

Future additional infrastructure requirements have been considered in the design and can be easily accommodated, while minimising the impact to what will be the live operations of Brisbane Metro services.

Construction on the depot is expected to be completed in mid-2023.

For more information, visit www.brisbane.qld.gov.au. Keep up to date with what’s happening in Brisbane via www.adrianschrinner.com.au/brisbane-news.