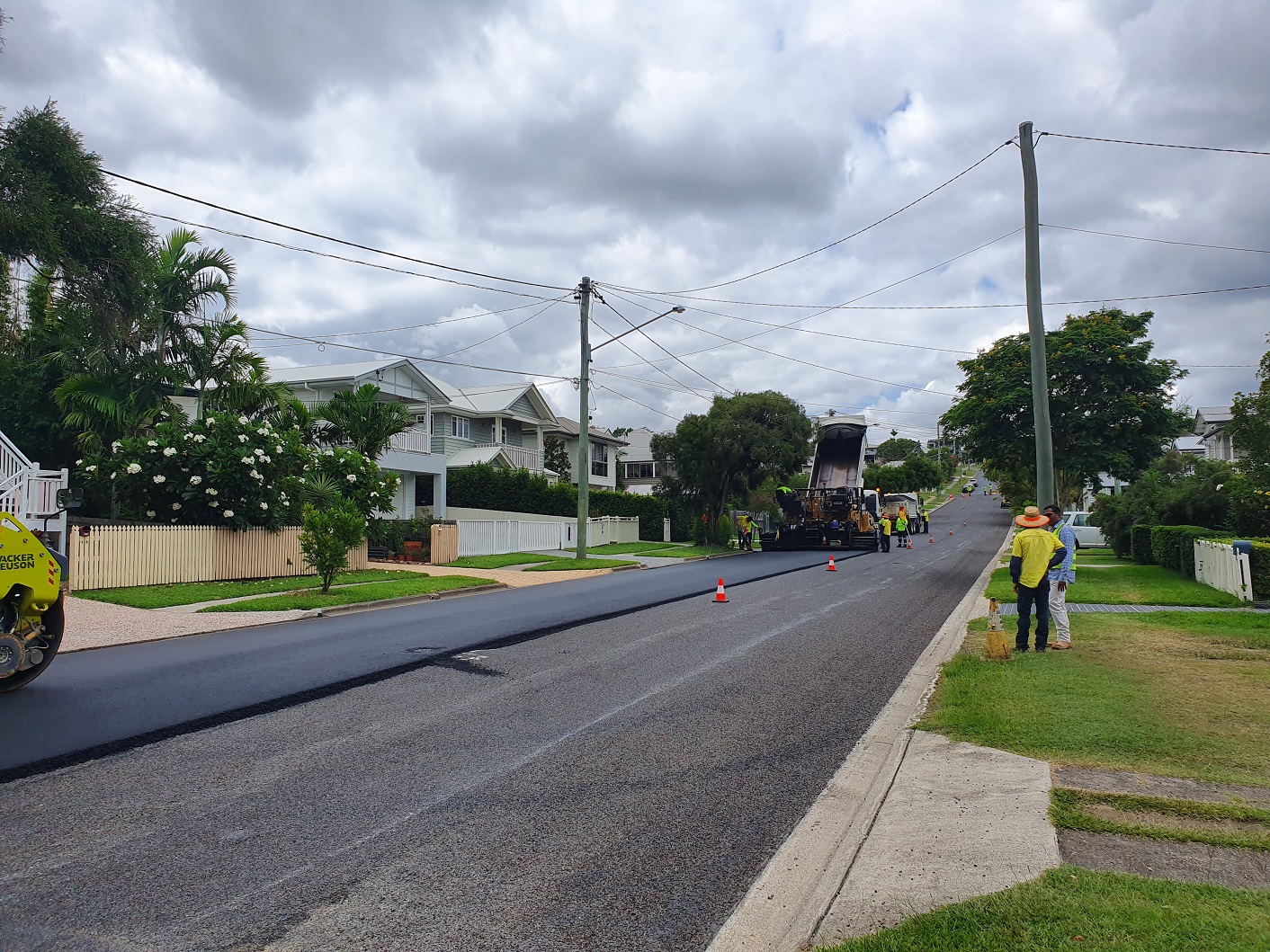 The Schrinner Council has delivered 200 refreshed roads across Brisbane since July, marking another key milestone in the $360 million Smoother Suburban Streets program.

Lord Mayor Adrian Schrinner said Council was on track to deliver its full annual program of 400 resurfaced roads by the end of June 2022.

“We’ve come a long way from dirt and cobblestone streets to where we are now with smoother, safer bitumen,” Cr Schrinner said. “But over time, nature takes its course and bitumen does crack and become brittle.”

“Brisbane has more than 5700km of streets and our $360 million Smoother Suburban Streets program ensures whenever roads need resurfacing it happens.

Cr Schrinner said Council saved ratepayers millions of dollars every year by recycling asphalt and glass back into roads.

“We’re on the front foot with our innovative part-recycled asphalt, part-recycled glass road surface treatments being used on Brisbane streets,” he said.

“More than 60,000 tonnes of asphalt and glass was recycled last financial year as part of our road resurfacing operations.

“It’s a great way to not only save material going to landfill and but support local business, with Envirosand used to recycle glass.”

Council is also underway with a trial that mixes recycled rubber from truck tyres into bitumen to prolong the life of roads.

“On top of our road resurfacing program, we have six flying gangs which proactively patrol roads for potholes as well as a text service for residents,” Cr Schrinner said.

“An average 38 requests to fix potholes are received daily, which increases to around 53 during significant rain.