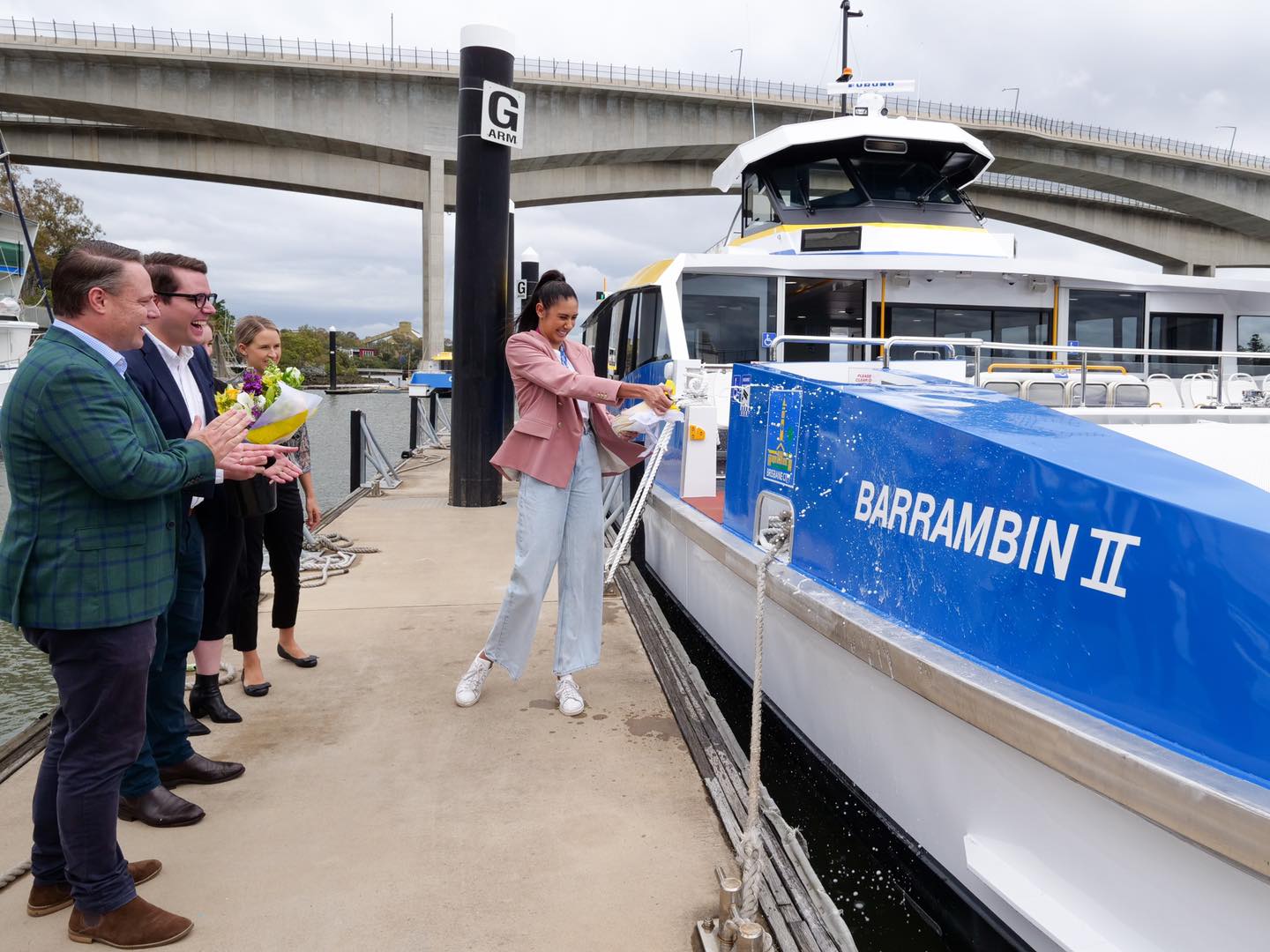 After 33,000 hours of construction, a brand-new double-decker CityCat has today officially been launched by Queensland Olympic medalist Taliqua Clancy.

Lord Mayor Adrian Schrinner said with Brisbane to host the 2032 Olympic and Paralympic Games it was incredibly fitting that the latest vessel was officially christened and launched by the first indigenous volleyballer to represent Australia at the Olympics.

“This is our fourth double-decker CityCat delivered as part of the Schrinner Council’s commitment to replace nine vessels reaching their end of life,” Cr Schrinner said.

“Our double-decker CityCats are not only the most modern and accessible vessel ever delivered, they’re also locally built at Murarrie, with 33,000 hours involved in the construction and development of the vessel, which was officially named Barrambin II.

“The Schrinner Council is investing almost $28 million over the next three years to deliver the fleet of double-decker CityCats, with construction already underway on CityCat 26, which is expected to join the other vessels in mid-2022.”

Civic Cabinet Chair for Transport Ryan Murphy said just up the road from where the double-decker CityCats were being built was another warehouse where construction of the new Howard Smith Wharves terminal and upgraded of South Bank terminal continued to progress.

“In another major milestone for the terminal upgrades, the South Bank pontoon is scheduled to be floated down the Brisbane River and onto the site at South Bank early next week,” Cr Murphy said.

“While major construction is happening on the vessels and terminals, behind the scenes we are also finalising the Ferry Network Review.

“This review is to ensure the network which spans 23 terminals across a 22 kilometre stretch of the Brisbane River is meeting the need of Brisbane’s residents, visitors and commuters.

“With the brand-new Howard Smith Wharves terminal opening by Christmas, any changes, along with a full timetable review, is planned to be implemented by the end of the year.”

For more information on Council’s CityCat fleet, visit Council’s website on brisbane.qld.gov.au or call Council on 3403 8888.