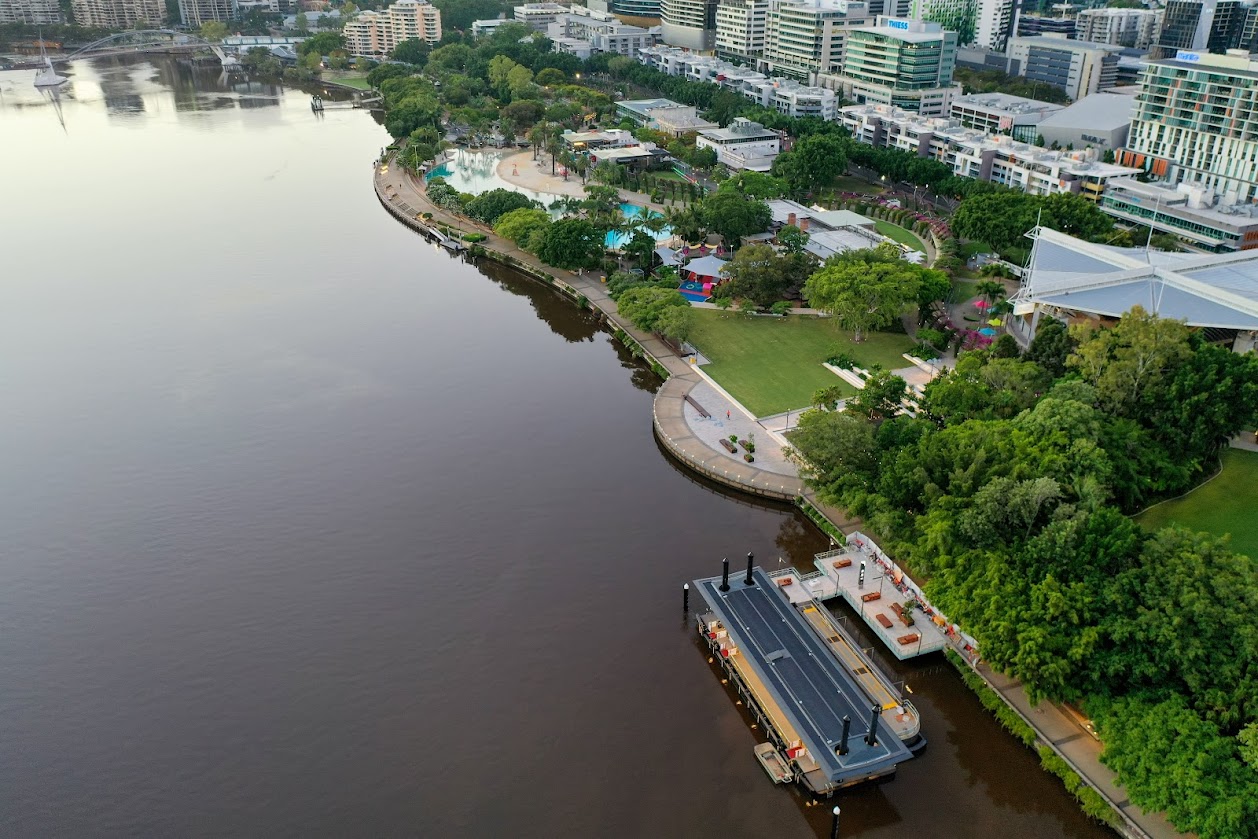 The new and improved South Bank ferry terminal has officially opened and is ready to welcome passengers to the popular South Bank precinct for the busy Christmas and New Year’s period.

Lord Mayor Adrian Schrinner said the old terminal dated back to 1996 and could only cater to CityCats while the brand-new terminal would have a single, larger pontoon able to dock both CityCats and ferries.

“The construction of this new terminal created local jobs and has been built in Brisbane, with Brisbane supplies,” Cr Schrinner said.

“This 210-tonne pontoon was fabricated in Carole Park and Hemmant with signage from Coorparoo, roofing, plumbing, and cladding by Northgate and Salisbury suppliers and concrete supply and placement by Kelvin Grove and Sunnybank businesses.

“In addition to increased vessel capacity, the new terminal has a large, shaded waiting area by the river, moving waiting passengers off the boulevard.

“The South Bank terminal has an average 470,000 users per year, and we expect this precinct will continue to attract more residents and visitors, especially as we lead into the 2032 Olympic and Paralympic Games.

“We have been awarded the Games, and it’s important that we provide the high-quality public transport infrastructure expected of a host city.”

Civic Cabinet Chair for Transport Ryan Murphy said the new terminal was part of the Schrinner Council’s $53 million investment over the next three years in new and upgrade ferry terminals.

“With a flood-resilient design and disability compliance, the South Bank terminal is arguably one of the best terminals within the expansive CityCat and ferry network,” Cr Murphy said.

“The opening of this upgraded terminal has coincided with this week’s launch of the new ferry timetable, so there will also be more services, more often for those travelling on the river.

“The upcoming opening of the new Howard Smith Wharves terminal will provide even more public transport options for residents and visitors.”