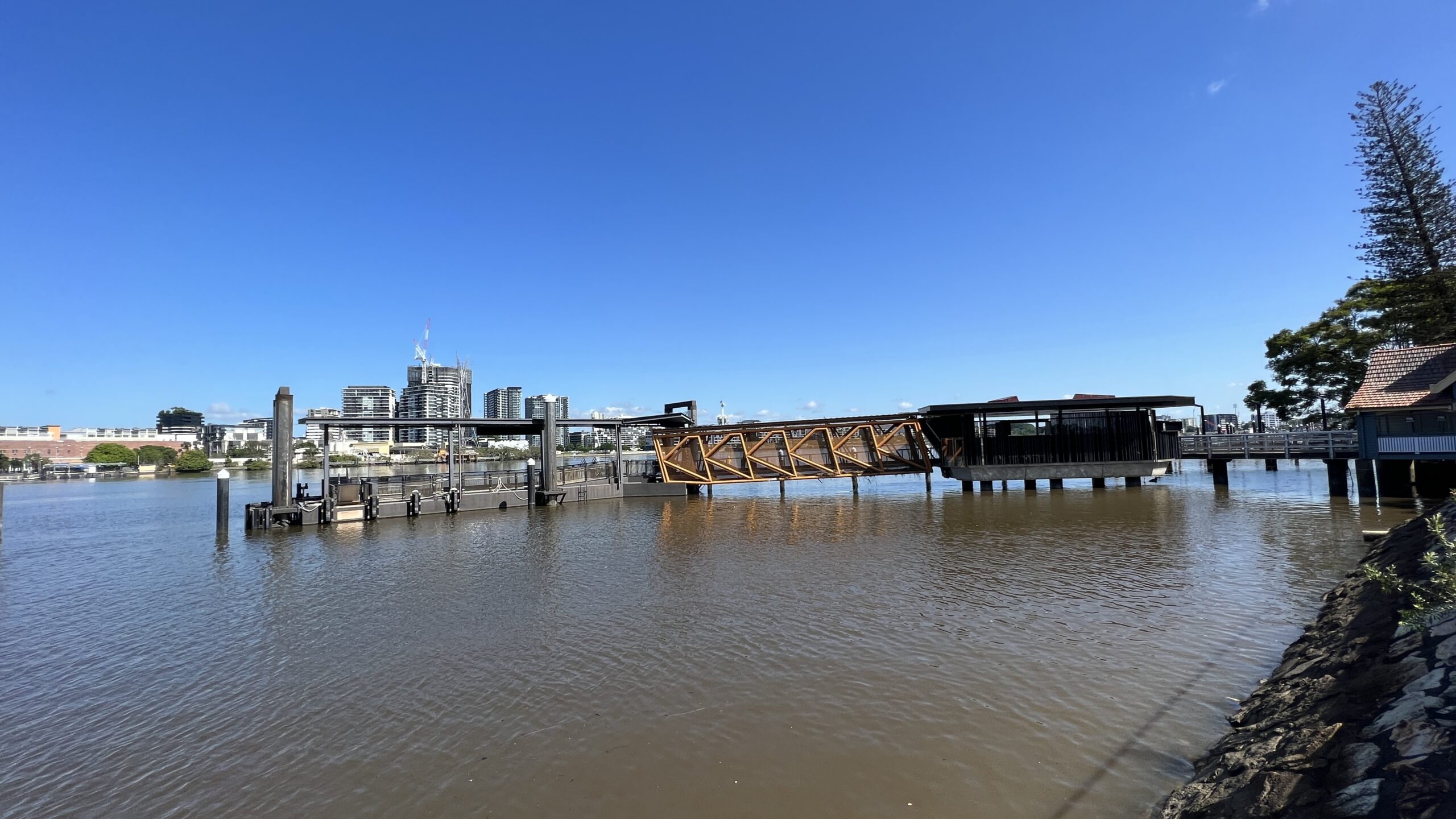 Two critical cross river services will be the first to return to the Brisbane River following the recent flooding event, the Schrinner Council has revealed.

Unveiling a three-stage plan to return Brisbane’s iconic CityCat and ferry services to the water, Civic Cabinet Chair for Transport Councillor Ryan Murphy thanked workers who continued to remove tonnes of debris from the river, repair our ferries and begin the work of making our ferry terminals safe.

“After one of Brisbane’s most severe flooding events, there has been a significant effort to clean a huge volume of debris from the river,” Cr Murphy said.

“As the clean-up continues and surveying work is undertaken to search for hidden debris and obstacles, we are prioritising the repair jobs for our ferry terminal network based on those which were least affected by the floods and are safe to work on.”

Under stage one of the plan, the Bulimba to Teneriffe cross river route will be the first to return with a CityCat to service the route from Monday 4 April.

A new, temporary West End to Guyatt Park cross river route serviced by a CityCat will also be introduced from Monday 11 April.

“We are prioritising these two cross river routes based on the need to service these communities with public transport and the speed and ease at which we can make these terminals safe,” Cr Murphy said.

“Cross river services like these usually use small monohull or KittyCat ferries but for the time being a larger CityCat will ferry more passengers back and forth.”

Under stage two of the plan, services will be expanded to cover the rest of the New Farm and Bulimba peninsulas.

Cr Murphy said further work would be underway over the next few weeks at four of the post-2011 Flood Recovery terminals with swinging gangways – Regatta, University of Queensland, North Quay and Queensland University of Technology – which are located in parts of the river most at risk during a flood.

“While this work and the repairs at other terminals will take some time, we are in a far better position than we were following the 2011 floods in which seven terminals were completely destroyed and took years to replace,” he said.

“These new terminals worked the way they were designed, which was to deflect heavy impacts from debris and have their gangways swing open when the water reaches significant speed.”

“In 2011 following the floods, a temporary P233 bus service operated to make up for reduced services,” he said.

“This will return during peak times between 6:30am to 8am and 4pm to 5:30pm, stopping at ferry terminals along the way.

“This PPT service will be free and is a hail and ride service operated by maxi taxis, which will pick up and drop residents on a loop from Northshore Hamilton to Teneriffe via Brett’s Wharf.”

For up to date public transport information, visit www.translink.com.au.