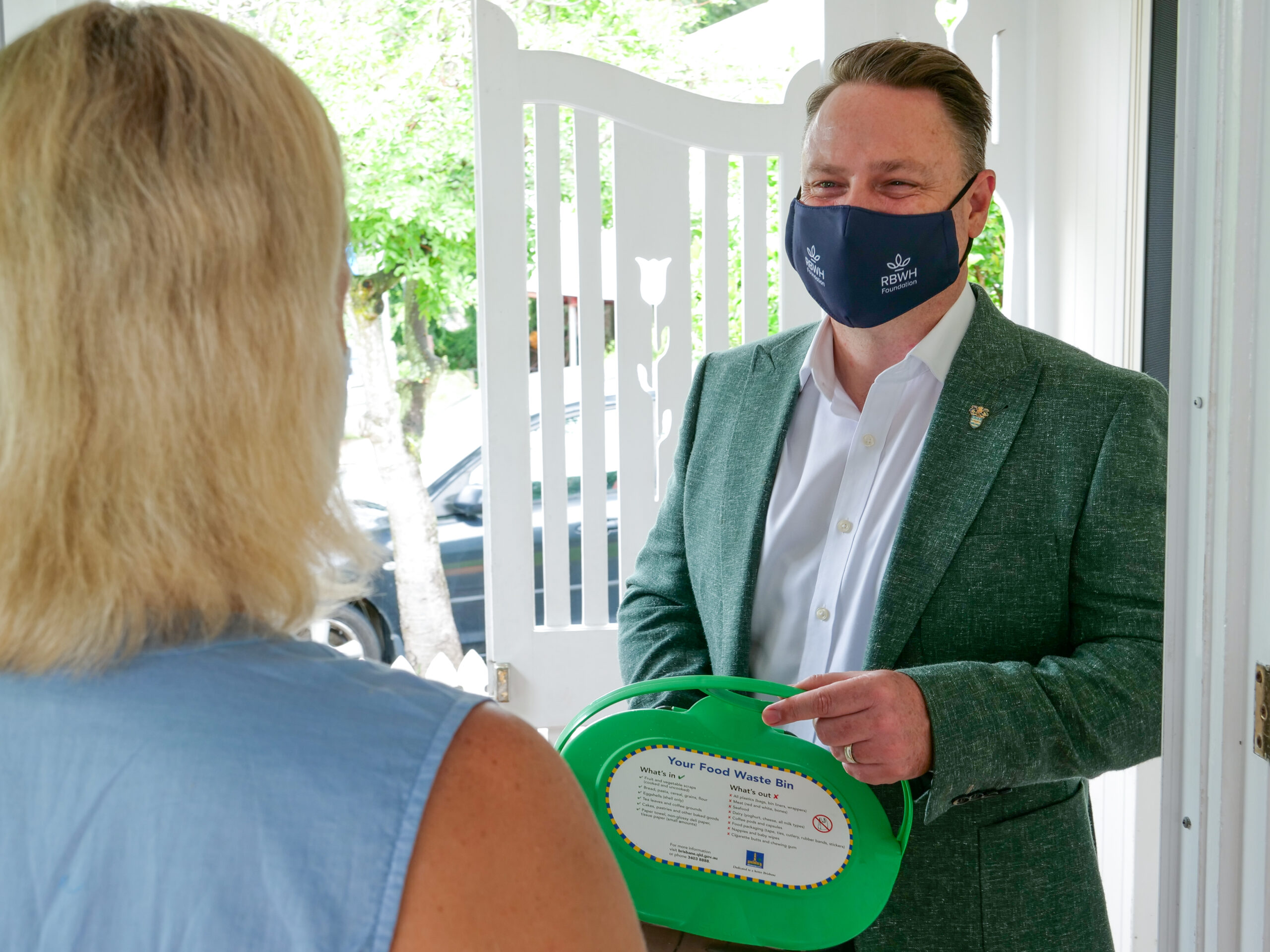 The Schrinner Council is fighting the war on waste by launching a food waste recycling pilot for 6000 households across 30 suburbs, Lord Mayor Adrian Schrinner has revealed.

Cr Schrinner said the food organics/garden organics (FOGO) pilot is a critical step towards a city-wide scheme which has the potential to prevent up to 100,000 tonnes of food waste from going to landfill each year.

“Brisbane is a clean, green and sustainable city and this pilot program is another step we’re taking to support our environment,” Cr Schrinner said.

“This is about diverting food waste, such as fruit and vegetable scraps, out of the general waste bin and away from landfill and disposing of it through the green waste bin so it can be turned into valuable compost and mulched to be reused.

“Currently about one-quarter of the average household bin is food waste, so there’s an opportunity here to explore how we can provide a service and education to residents to reduce this.

“The pilot alone is expected to divert 2000 tonnes of food waste from landfill, and when expanded across the city it could reduce unnecessary food waste by nearly 100,000 tonnes a year.

“Throughout our pilot we will get feedback from participants to ascertain what works best in Brisbane’s sub-tropical climate and the infrastructure that would be required for a city of our size.

“We want to help residents divert food waste from landfill and our food waste recycling pilot will help us build a cleaner, greener future for Brisbane.”

HOW THE FOOD WASTE RECYCLING PILOT WILL WORK:
• Households in the pilot suburbs will receive a letter inviting them to participate in the service – it’s free!
• Each participating household will receive a kitchen caddy and an education pack prior to the service commencing in early March.
• Residents will place their food waste, including fruit and vegetable scraps, along with their garden waste into their green bin.
• The green bin will be collected as part of the normal bin collection process.

There are now more than 118,000 green bins in Brisbane since they were introduced in 2009.

Cr Schrinner said while selected households will be able to participate in the pilot program all Brisbane residents could get involved in recycling more of their food waste through Council’s $70 rebate for compost bins and worm farms.

“It is clear that Brisbane residents are keen to do their part to reduce landfill and this has the potential to save thousands of tonnes of waste from landfill every year.

“This pilot adds to the work we have already done when it comes to recycling food and garden waste, including the free kitchen waste caddies and rebates of up to $70 when you purchase a compost bin or worm farm.”

Keep up to date with what’s happening in Brisbane via www.adrianschrinner.com.au/brisbane-news.