The QUBE Effect 2022 reveals the rising Brisbane musicians to watch 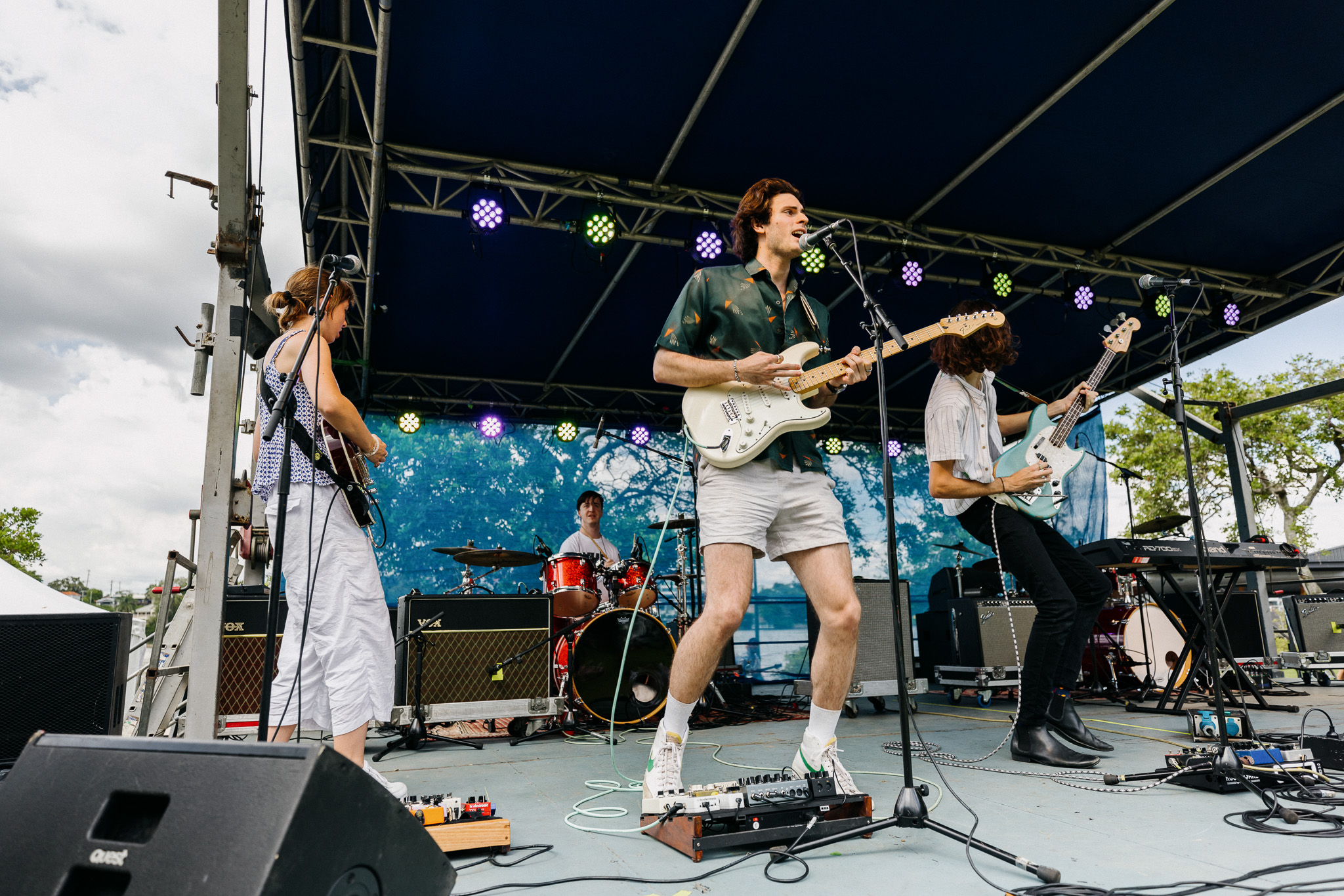 The winners of Brisbane City Council’s 2022 The QUBE Effect have been announced, helping set up five of Brisbane’s must-watch up and coming artists for success in the music industry.

Lord Mayor Adrian Schrinner said the popular The QUBE Effect program was a launching pad for artists, allowing them to work closely with mentors to develop their skills and hone their live stage performances.

“From indie-pop and surf rock to folk, hip hop and electronic, five winners were chosen from a group of 23 finalists who all represent Brisbane’s diverse music scene and the incredible talent our city is famous for,” Cr Schrinner said.

“From more than 3000 votes for the popular People’s Choice Award, surf rockers Flag Duty have come out on top.

“Electronic-pop artist Laius stood out with their Innovation Award win for writing, recording, producing and mixing all their tracks, and Andy Martin has taken home the Lord Mayor’s Live Event Award.

As part of the six-month program, all finalists have participated in a music bootcamp alongside industry mentors.

Finalists have been mentored by some of Queensland’s most influential music industry experts including, John Collins and Ian Haug from Powderfinger, Triple J on rotation artist and The QUBE Effect alumni, Hope D, and former Big Day Out National Event Coordinator and Australian Women in Music Awards winner, Sahara Herald.

“Through the program, we’ve been able to connect with fellow artists and industry professionals alike, and in doing so have gained valuable insights,” he said.

“Over the next 12 months, we are hoping to expand our audience and play some shows outside of Brisbane, as well as get our name on some festival line-ups.”

Cr Schrinner said nominations will open soon for the 2023 program, which will be the ninth year of the program.

“Getting that big break in the music industry is tough and The QUBE Effect provides money-can’t-buy prizes and festival performance opportunities, which make a huge impact on the trajectory of an emerging artist’s career,” he said.

Artists can apply for the 2023 program from 1 August 2022 and I’m looking forward to seeing the next cohort of talent make the most of this unique opportunity.”

Awarded to the song that receives the most public votes for their original music video.