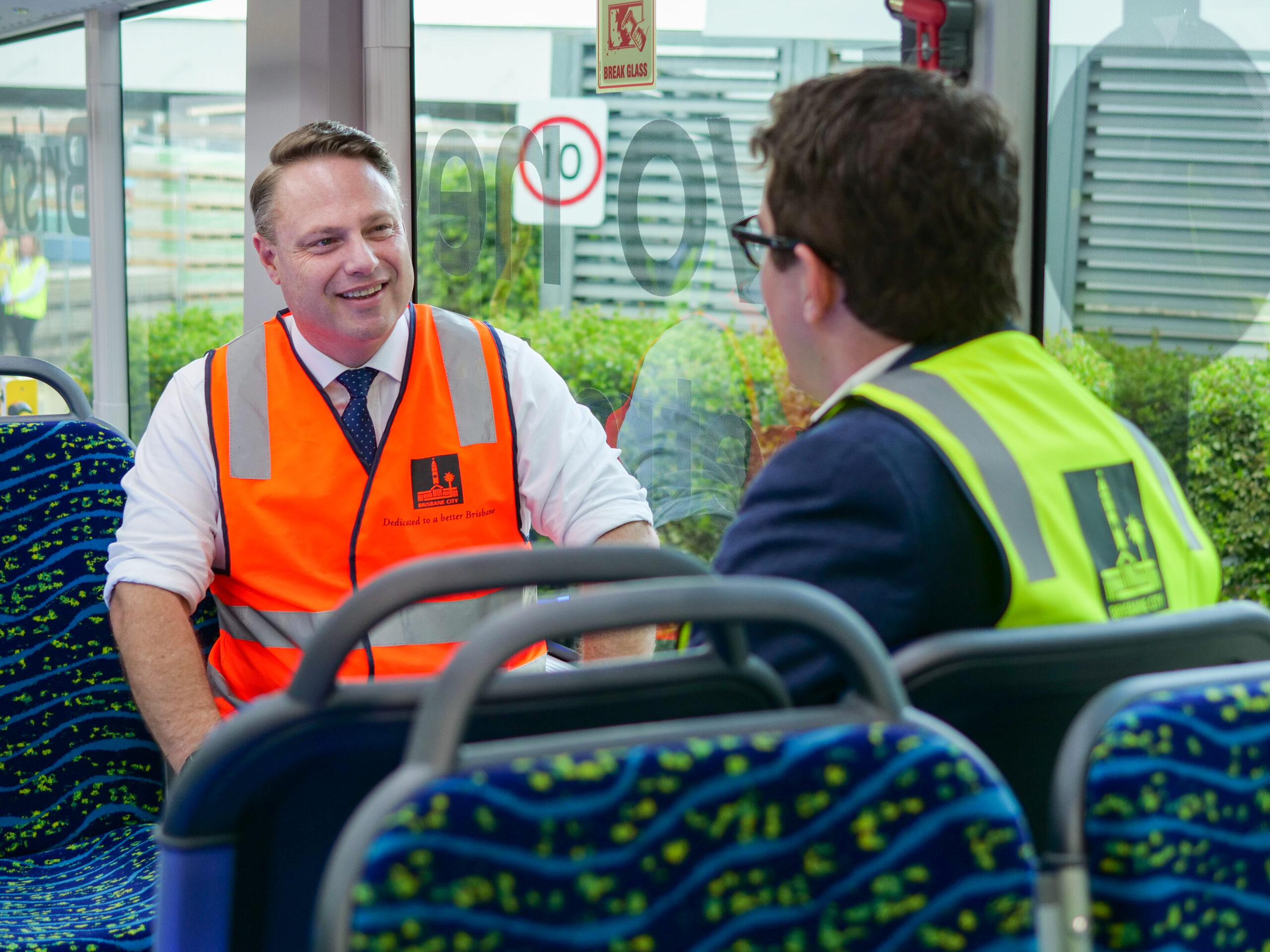 The game-changing Brisbane Metro project has taken another giant leap forward with the first pilot vehicle set to start testing in Brisbane.

Inspecting the vehicle in Brisbane today, Lord Mayor Adrian Schrinner said the state-of-the-art Metros were one of the most advanced electric vehicles in the world.

“The Metro is the first of its kind in Australia and it’s debuting right here in Brisbane as part of our $1.7 billion Brisbane Metro project,” Cr Schrinner said

“This project will help revolutionise public transport in Brisbane by delivering high-capacity turn-up-and-go services on a dedicated network with 18 stations.

“The network will run from Eight Mile Plains to Roma Street and Royal Brisbane and Women’s Hospital to the University of Queensland with services available 24 hours-a-day on weekends.

Brisbane Transport Chair Ryan Murphy said the next step in the Metro’s journey will be extensive testing over the next 12 months to trial it in Brisbane conditions.

“Once we have put the vehicle to the test to ensure it meets all of Council’s requirements we will place an order for the remaining fleet, with vehicle operations to commence in late 2023 and first services in 2024.”

“There are over 750 tests that the vehicle will undergo in the coming months, everything from air-conditioning performance to traction testing up Mt Coot-tha.”

The Brisbane Metro is being delivered in partnership with all three levels of government.

The recently unveiled South-East Queensland City Deal included a $450 million commitment to include a new Gabba Stadium Metro station on the same site as the under-construction Cross River Rail station.

“The involvement of all three levels of government in this project just demonstrates how important Brisbane Metro is to the future of our fast-growing city,” Cr Schrinner said.

“The Gabba Station will mean football, cricket and Brisbane2032 Games spectators will be able to catch a Metro direct to the stadium and to entertainment precincts, like Southbank, afterwards.”

Council is working with world-leading vehicle manufacturer HESS and electric infrastructure experts Hitachi Energy to design, build and commission the Metro fleet along with the state of-the-art, flash-charging infrastructure.

The tunnel is a critical part of the Brisbane Metro, directly linking the South-East and Northern busways for the first time.

As part of the new South-East Queensland City Deal, Brisbane Metro was recently expanded to include a dedicated station adjacent to the Gabba Stadium, which is being redeveloped as part of the Brisbane2032 Olympic and Paralympic Games.