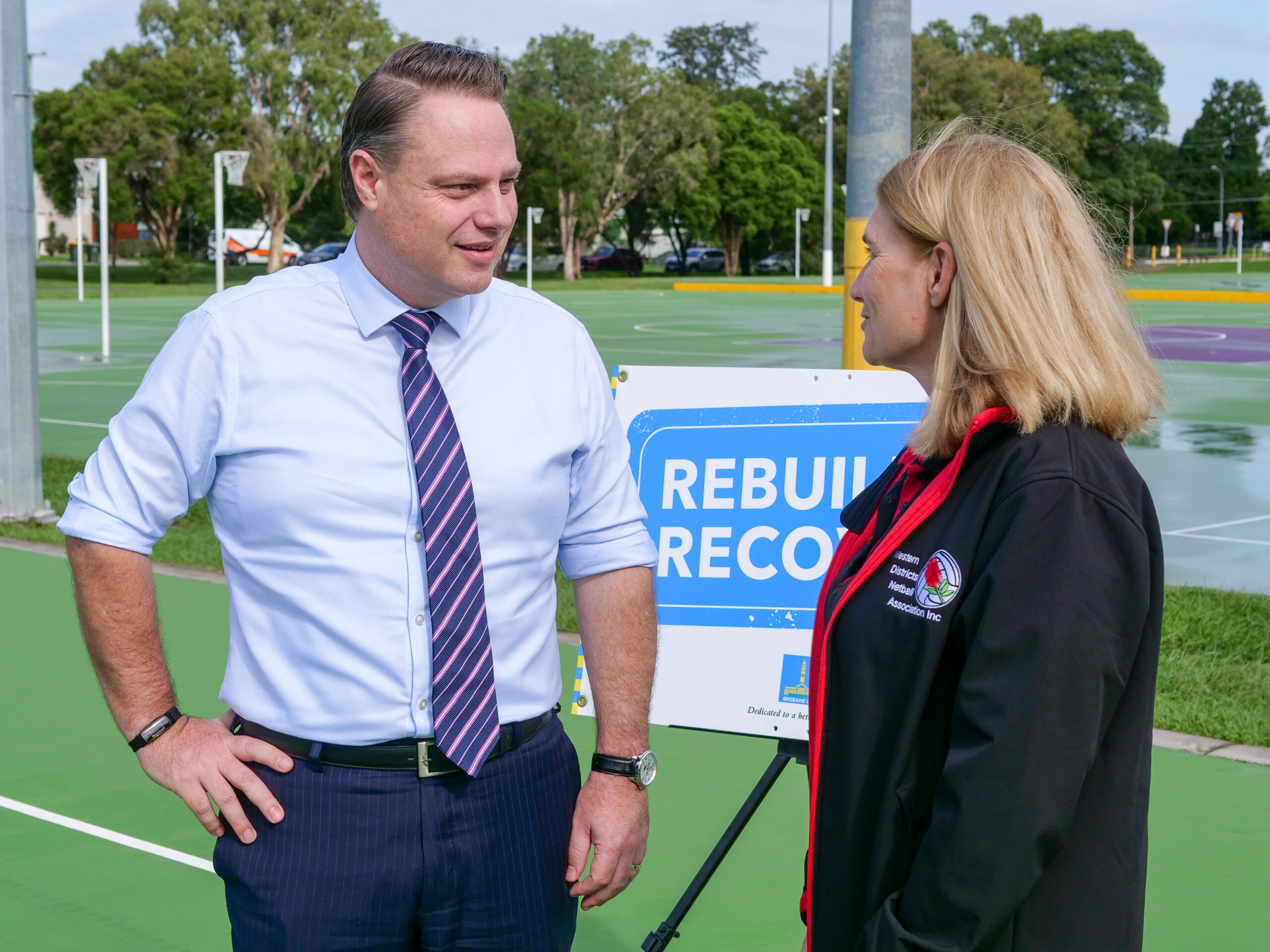 The Schrinner Council’s Rebuild & Recover Program is being fast-tracked to help Brisbane sports and community clubs that were severely damaged during the devastating February flood.

Visiting Western Districts Netball Association in Graceville today, Cr Schrinner said the $566,000 in funding under the program will go directly to clubs and community groups to help them recover stronger and sooner.

Cr Schrinner last week revealed one of Brisbane’s biggest-ever rain events will cost three times more than the 2011 flood and his Council will prioritise the rebuild.

“We’re not wasting any time, with this new club partnership program being clear evidence of the rebuild in action.

“Clearly we have a big job ahead of us with 331 of our 640 community-leased facilities suffering some form of impact, with almost 200 buildings and 106 sports fields requiring repair.

“Through the Rebuild & Recover – Club Partnerships Program repairs will be fast-tracked at these eight clubs with the funding helping them undertake major repairs to buildings, electrical services, playing surfaces and irrigation works.”

“Our club experienced extensive damage during the February 2022 floods, with three metres of water covering our courts and reaching just below the second story of our clubhouse,” she said.

“We have 2500 players and the damaged courts and court lighting have restricted our return to play, with teams unable to train or play beyond 5pm due to lack of lighting.

“Council’s Rebuild & Recover funding will allow us to undertake urgent repairs so that we can continue our netball season and reduce impact and interruptions for our club members.”

“The devastation of the February floods eclipses 2011 and we’ve started the huge task of undertaking Brisbane’s biggest ever rebuild,” Cr Schrinner said.

“Rebuilding these clubs is vital because tens of thousands of residents rely on their services.

“Clearly this recovery will be quicker if other levels of government did the right thing and stepped up to help them rebuild.

“We’re getting these clubs back to their vibrant best while also help strengthening their resilience given the prospect of further flooding in the future.”