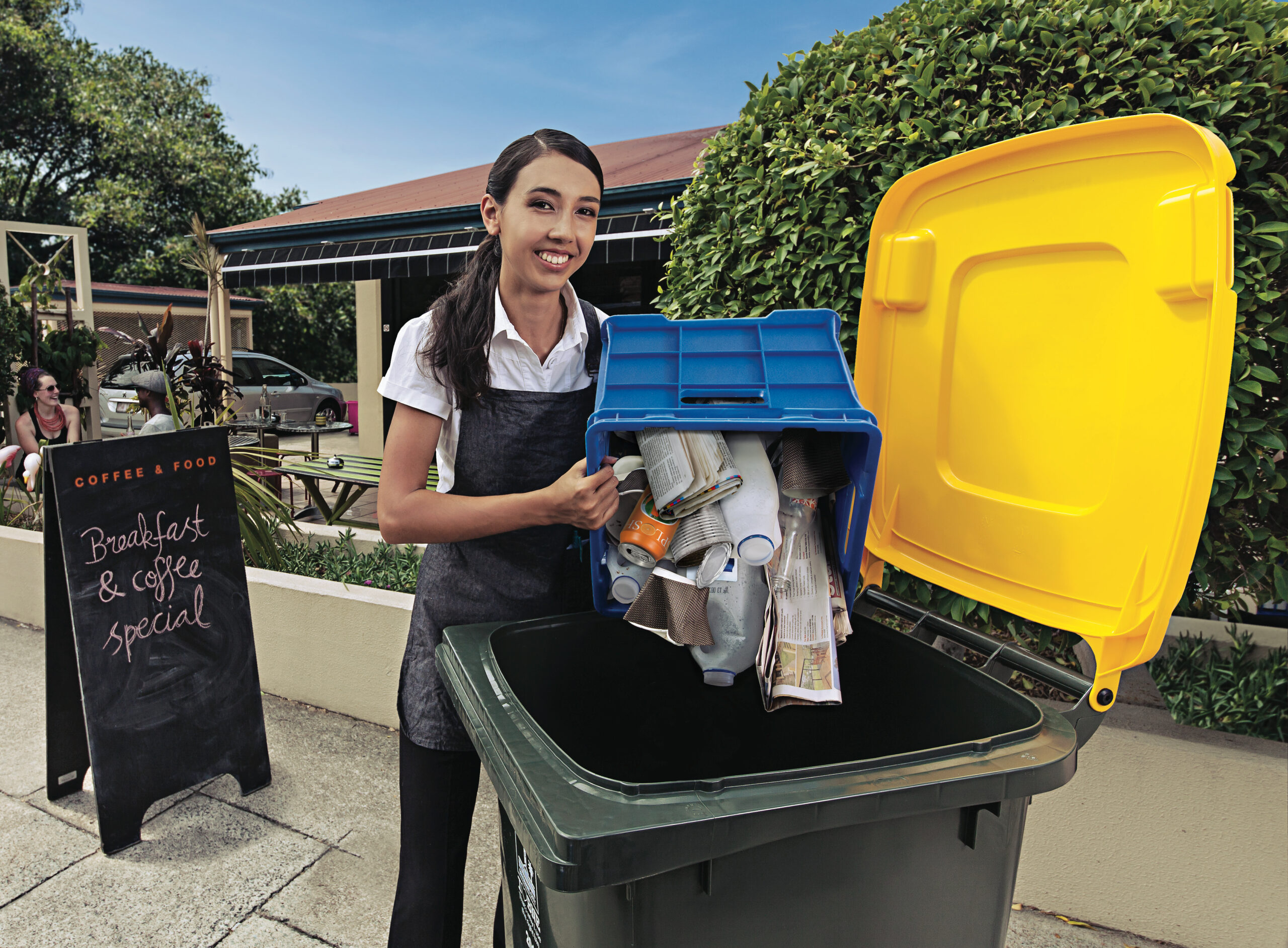 Easy-to-make mistakes are causing more than 48,000 tonnes of materials to wrongly end up in landfill each year, with Lord Mayor Adrian Schrinner busting a number of common recycling myths to coincide with National Recycling Week.

Cr Schrinner said Brisbane residents recycled a staggering 71,300 tonnes of material last year but that number could be significantly higher by remembering simple things like the scrunch test or taking items back to their local supermarket.

“The top items people mistakenly put in their recycling are clothes, soft plastics, hard plastics such as toys and food and garden waste.

“I’m encouraging all residents to stop and think before they put an item in the bin because most of them can be disposed of responsibly, whether it’s putting them in your yellow-top bin, donating clothes to op shops or sending items back to supermarkets.

“Many people don’t realise that soft plastics cannot be recycled in your household recycling bin. When you’re unsure do the scrunch test: if plastic doesn’t hold its form when scrunched it shouldn’t go in your recycling bin. But it can be recycled at your local supermarket.

“Batteries are dangerous when disposed of incorrectly and they have even been known to cause fires in our rubbish trucks. They should never go in your recycling or rubbish bin and instead should be dropped off at your local Resource Recovery Centre or recycling drop off location such as Aldi.

“Another common misconception is that food and household containers should be rinsed before being put in the recycling bin but this isn’t always the case.

“It’s a matter of common sense, so if there’s a little cheese on your pizza box, a small amount of sauce in a jar or a stubborn bit of laundry detergent left in the bottle, it can still go into the recycling bin without being rinsed.

“Every little bit counts, so why not use national recycling week as the clean slate you need to commit to more considered recycling.”

The Schrinner Council is making it easier than ever for residents to up the ante on their recycling habits, with free waste vouchers, free green waste tipping weekends at Resource Recovery Centres, free, upsized yellow-top recycling bins and compost and worm farm rebates.

For more information about waste and initiatives, visit www.brisbane.qld.gov.au/cleanandgreen.