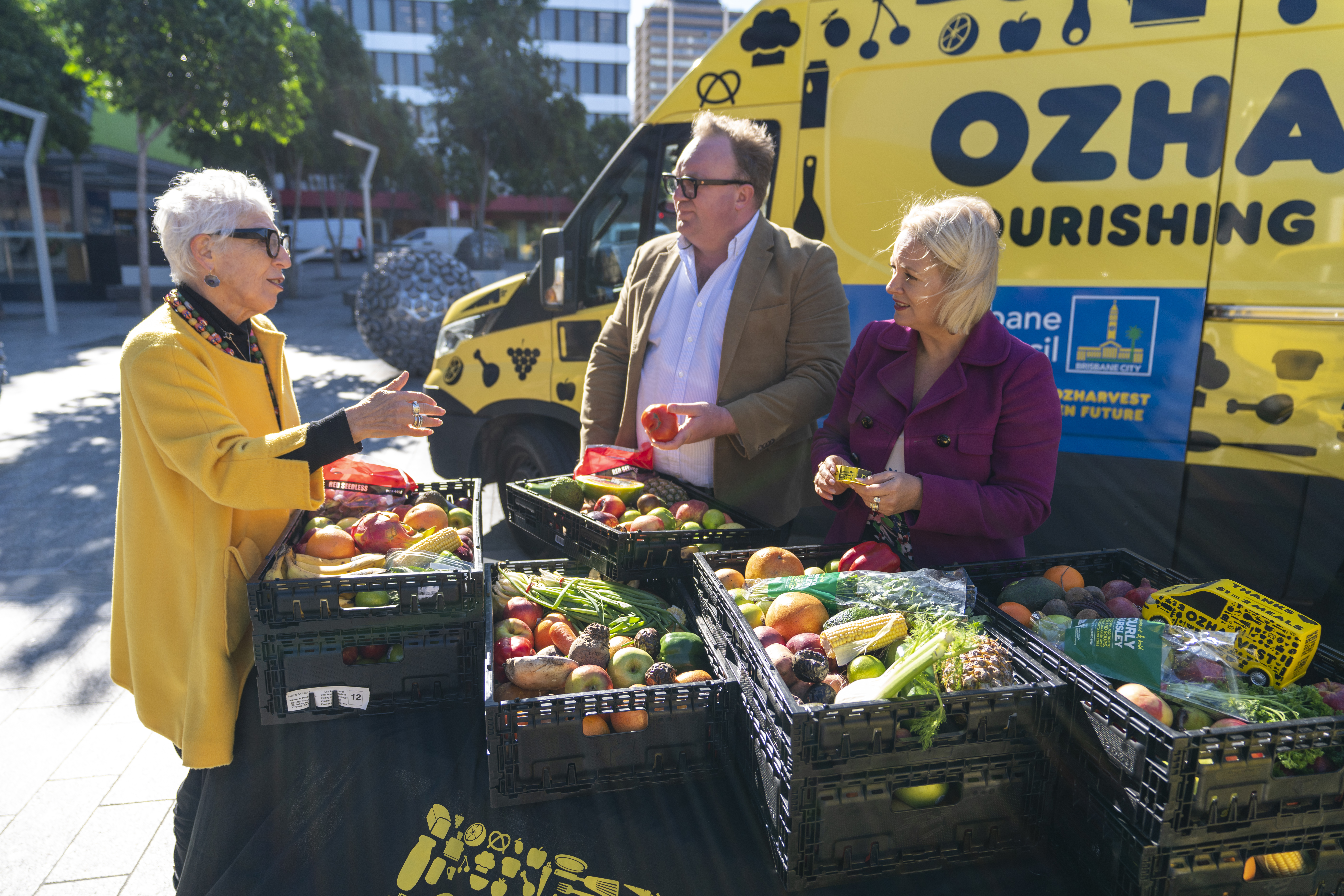 A partnership between the Schrinner Council and OzHarvest has helped save more than one million kilograms of food waste from ending up in landfill.

Lord Mayor Adrian Schrinner said the 1.1 million kilograms of fruit, veggies and pantry staples diverted by three Council-sponsored OzHarvest vehicles over the past two years were made into meals.

“So far, we’ve been able to save 1.1 million kilograms of food waste – the equivalent to nearly 480 Toyota Hilux’s – and turn it into more than three million meals for vulnerable residents.

“When the pandemic first emerged, we saw families and individuals seeking food assistance from charities for the first time in their lives and this need has only grown after the February floods and the cost of living pressures.

“Through this partnership, we’ve been able to feed our community in their time of need while fighting the war on food waste by significantly reducing the amount Brisbane sends to landfill.”

She said food is repackaged into meals for distribution to 60 charities and food relief agencies, assisting vulnerable members of the Brisbane community.

“Council’s sponsorship will allow us to continue supporting Brisbane residents throughout 2022.”

Cr Schrinner said food waste had significant impacts on landfill, the economy and our environment and made up more than 25 per cent of Brisbane household waste.

“One of the biggest ways residents can contribute to making Brisbane clean, green and sustainable is by reducing their food waste,” he said. “Which is why we’ve added a food waste recycling pilot to our initiatives which include free kitchen waste caddies and rebates of up to $70 when you purchase a compost bin or work farm.

“We’re currently trialling this food waste recycling pilot in 6000 households across 30 suburbs and have received very positive feedback so far which will help inform the way we expand it across Brisbane in the future.”

Over the next 12 months, the three Council sponsored OzHarvest vehicles are expected to: