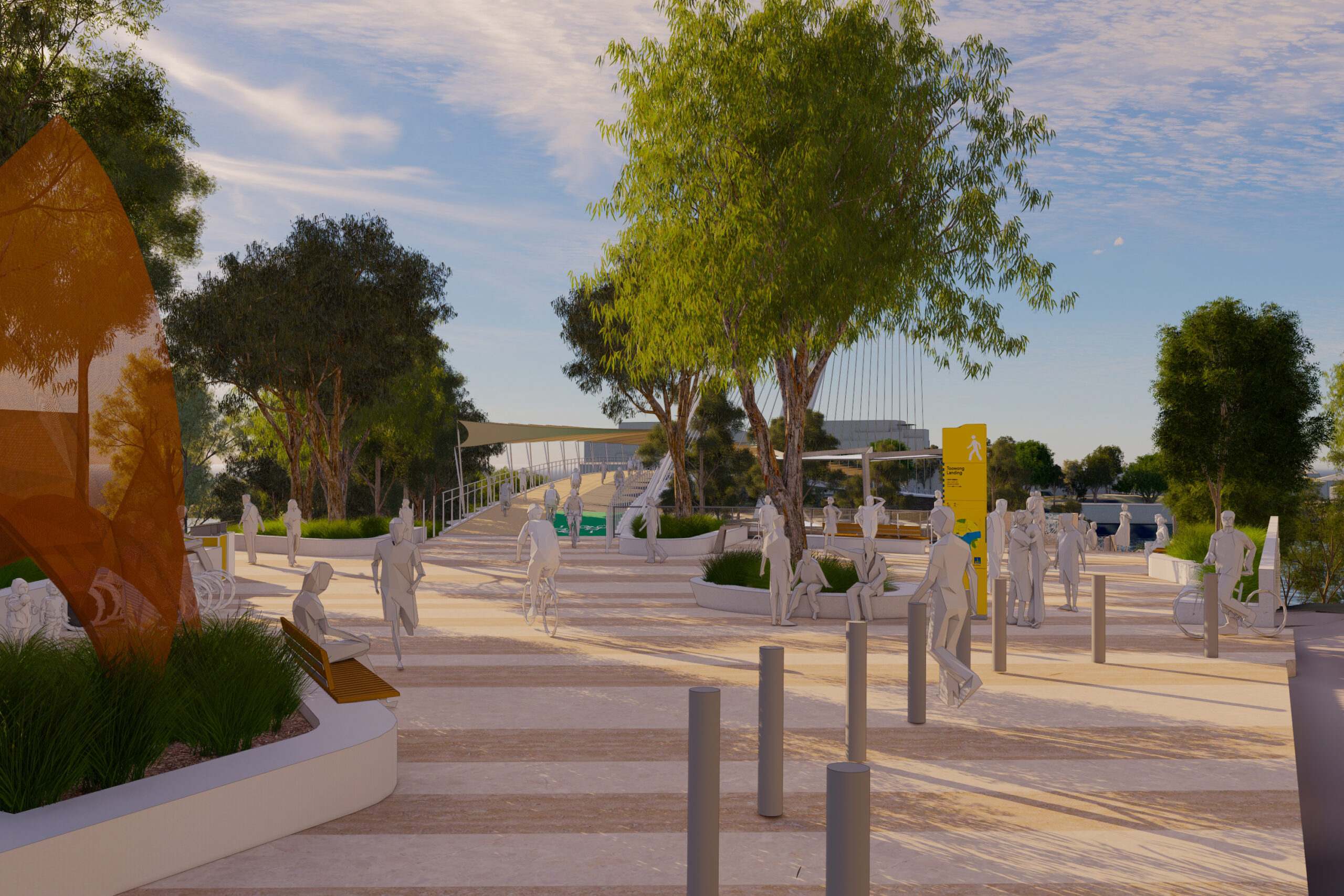 Lord Mayor Adrian Schrinner has unveiled the locations of the next two new green bridges after receiving a huge amount of feedback from residents.

The other alignment options will not be progressed further.

“The level of community feedback on the alignment options was impressive with more than 4000 responses received during the four-month consultation period,” Cr Schrinner said.

“With 83 per cent of survey respondents supporting 600 Coronation Drive and 64 per cent backing Guyatt Park, it’s crystal clear that Brisbane residents want green bridges and know exactly where they want them.

“The first two green bridges at Kangaroo Point and Breakfast Creek are on track to start construction later this year, supporting 440 jobs.

“The Kangaroo Point Green Bridge will not only result in 83,690 fewer car trips using river crossing every year, it will also provide a direct walking link between the CBD and the Olympics venue at the Gabba.

“We will now start preparing the concept designs and preliminary business cases for the two West End bridges, so we are ready to seek funding support from other levels of government.”

Public and Active Transport Chair Ryan Murphy thanked the residents who took the time to share their thoughts on the future green bridges and said the community would continue to play a critical role in the progression of each project.

“Through the consultation, residents showed greater enthusiasm and readiness for the delivery of a Toowong green bridge, so we will take this on board when determining the next steps for these projects,” Cr Murphy said.

“Residents have told us that this bridge is the priority and that we should focus on building it before we proceed with construction of the St Lucia to West End link.”

“We expect the detailed business cases will be completed this year, which we will then discuss with the Queensland and Australian governments to determine the next steps for these projects, including funding and delivery timeframes.

Council has allocated $550 million in the green bridge program, with additional funds being sought from other levels of government.

For more information on the green bridges program, visit www.brisbane.qld.gov.au, or www.adrianschrinner.com.au/brisbane-news to keep up to date with what’s happening in Brisbane.