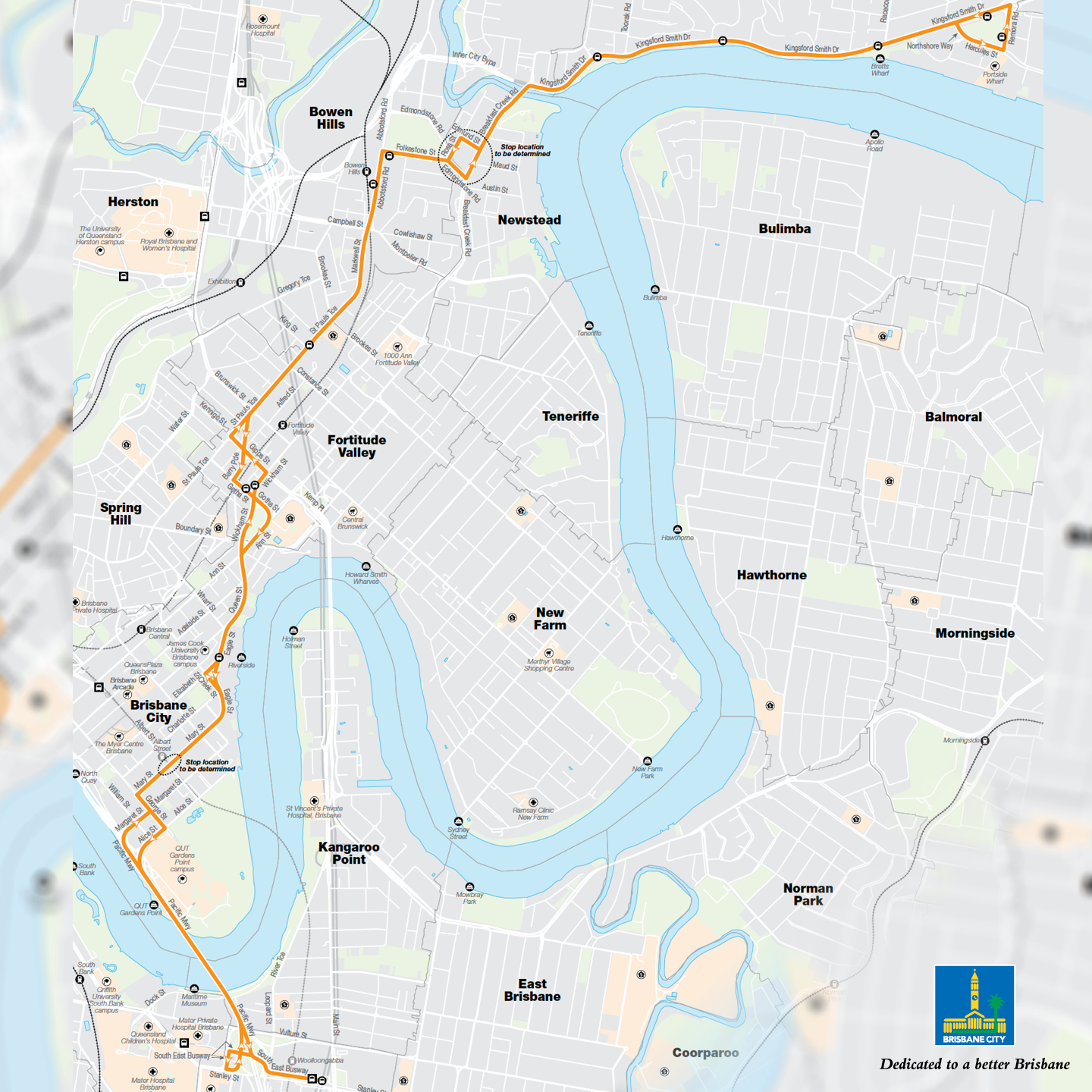 The proposal for a new high-frequency bus connecting two Olympic precincts has progressed to the next stage of planning.

Lord Mayor Adrian Schrinner said funding allocated in the 2021-22 Budget had allowed the business case for a potential Gold CityGlider to be completed and now submitted to Translink for consideration.

“In the past 12 months Northshore Hamilton has been confirmed as the main athlete’s village for the Olympic and Paralympic Games and the Gabba as the main stadium,” Cr Schrinner said.

“The proposed bus route would connect these two Games venues via the growing RNA precinct as well as the popular riverside destinations of Dexus and Queen’s Wharf.

“We have had previous success with implementing high-frequency glider-style bus services in the inner suburbs and hope the Gold CityGlider can be the next addition.

“Residents love the ease of a high-frequency service with extended hours and the proposal for the Gold CityGlider includes services every 10 minutes in weekday peaks and every 15 minutes off-peak from 5am to midnight.

“We’ve also proposed the new route would run every 30 minutes on Saturdays and Sundays.”

Civic Cabinet Chair for Transport Ryan Murphy said the business case had been submitted to the State Government as they are responsible for approving and funding any changes to bus services.

“The business case found that the route proposed would meet the growing demand in the growth areas of Northshore Hamilton and Bowen Hills and provide a level service needed for the growth around the William Street and Queens Wharf Brisbane precincts in the CBD,” Cr Murphy said.

“It was also identified as a valuable distributor service from the Albert Street Cross River Rail station.”

“With Brisbane to host the Olympics Games in 2032 it’s so important we put the planning in place now to ensure our public transport network expands to offer improved capacity and new travel options.”