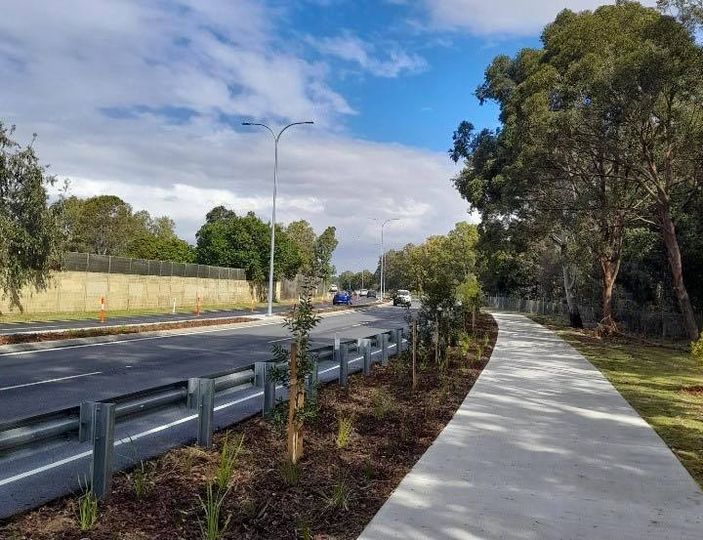 A major intersection upgrade in Brisbane’s north has been completed by a team of local employees and opened five months ahead of schedule.

“A combination of an impressive team of local workers, good weather and site conditions have allowed the project to be completed well ahead of schedule,” Cr Schrinner said

“As Brisbane continues to face the reality of COVID, including snap lockdowns and tough restrictions, it’s more important than ever to keep stimulating local industry and the economy with projects like this.

“Originally, we said this project would be completed by the start of 2022 however we’re able to open this road to the community five months ahead of schedule.”

Cr Schrinner said the project would improve traffic flow along the busy arterial, as well as improve pedestrian and cycling functionality.

“The Bracken Ridge Road, Hoyland Street and Strathpine Road corridor is an important east-west route linking the Gympie Arterial Road and the Gateway Motorway, seeing an estimated 20,000 trips each day and connecting the Moreton Bay area with the northern Brisbane suburbs,” he said.

“The project involved widening the previously two-lane section of Hoyland Street to four lanes to increase capacity, as well as cater for the growth of this area.

“Pedestrian and cycling facilities at the Kluver Street and Hoyland Street intersection have also been improved by extending the traffic signal coverage to provide two-phase traffic signal protection at the existing northern and eastern left-slip lanes.

“As there are already established active transport facilities along the Hoyland Street corridor, this upgrade has ensured optimal safety and improved connectivity to these popular routes.”

The upgrade is jointly funded by Council’s Better Roads for Brisbane program, and the Australian Government’s Urban Congestion Fund. The project forms part of a joint $500 million commitment to deliver congestion-busting projects and safety improvements across Brisbane.

For more information on this upgrade, or other road projects, visit Brisbane.qld.gov.au or call Council on 3403 8888.