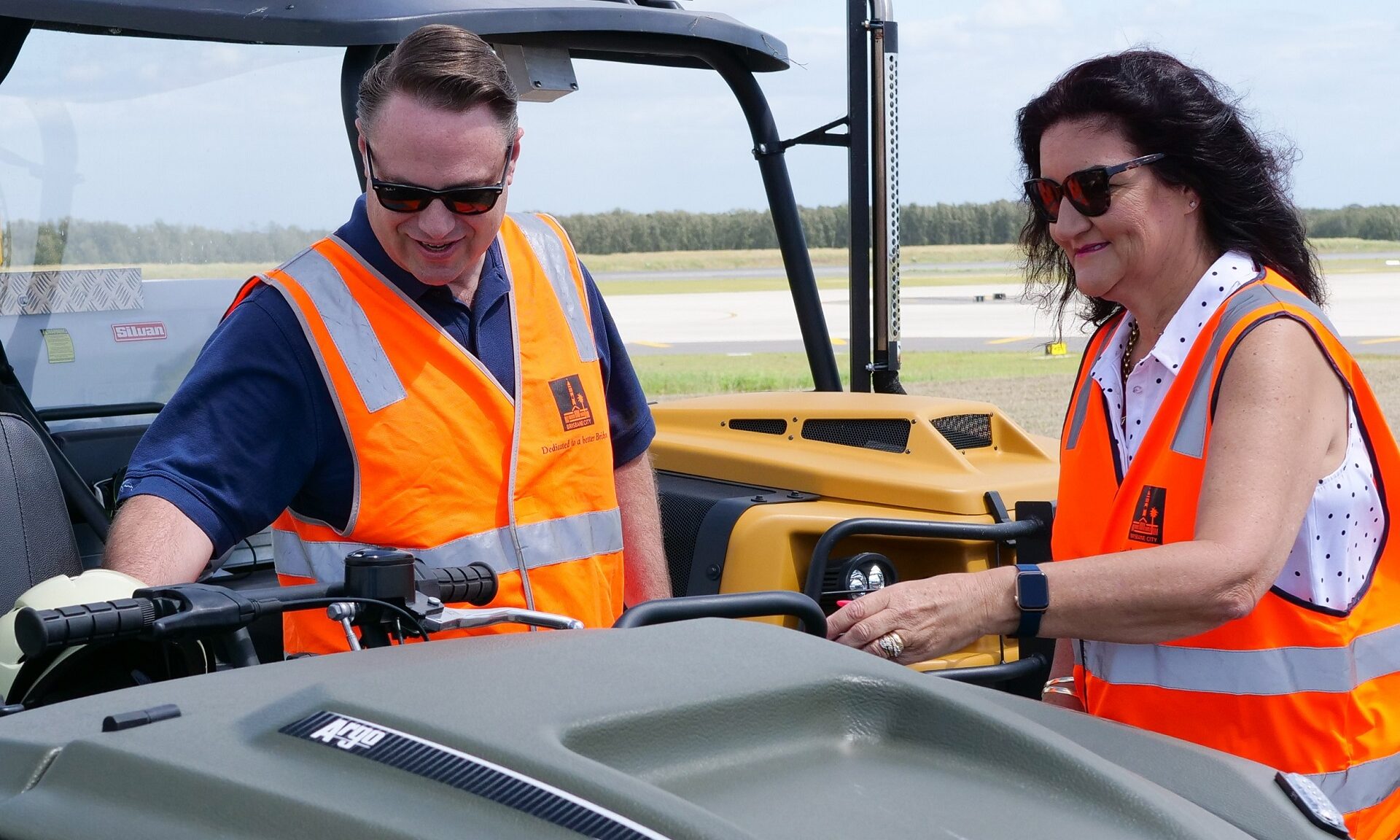 Mosquitoes that used to hide out in Brisbane’s hard to reach wetlands will be the target of a brand-new fleet of all-terrain spraying vehicles that will destroy the pests before they hatch and take flight.

Lord Mayor Adrian Schrinner said an investment had been made to introduce five new vehicles to the mosquito management program following a successful trial last year.

“The Schinner Council Administration is the only local government to employ two expert entomologists which puts us in a superior position to not only receive the top guidance about where and when to spray, but also be able introduce the latest and most advanced spraying equipment,” Cr Schrinner said.

“Brisbane is built on a flood plain, so mosquito management is a year-round task for us, and these new vehicles will be used to spray known breeding sites like Tinchi Tamba, Brighton, Boondall, Nudgee, Murarrie, Tingalpa, Hemmant and Brisbane Airport two to three times per week.

“Previously some hard to reach locations could only be sprayed with an aerial spray, now thanks to these new vehicles they will be part of our year-round on-ground spraying program.

“The new vehicles, known as ARGOs, have less environmental impact and can also reach areas that quad bikes simply can’t get to allowing us to target more breeding sites than ever before and spray the larvae before they hatch.

“We trialled the new ARGO vehicle in 2020 and found they allow us to reach and spray in more locations and are also more environmentally friendly and safer than our current fleet.

“Last year throughout the trial we were able to increase our ground-based mosquito program from 127,000 sites to 130,146 sites.

“We will now purchase the trial vehicle and four additional ARGOs, with the full fleet to have arrived and be in action by April this year.”

Raechel Paris, Executive General Manager Governance at Brisbane Airport Corporation said Brisbane Airport is built on a reclaimed portion of the Brisbane River delta, and its location on the banks of Moreton Bay and adjacent to Kedron Brook makes it a prime breeding ground for mosquitoes.

“We commend Brisbane City Council on their decision to invest in these new all-terrain Argos and we are excited to see them in the Brisbane Airport environment,” Ms Paris said.

“These vehicles, through their ability to access hard to reach locations, will better mitigate the risks of mosquitoes not just for the travelling public and those that work on airport, but for the Brisbane community as a whole.

“The Brisbane Airport environment and operations teams are looking forward to our continued partnership with Brisbane City Council through this expanded service.”

“Mozzies are attracted to empty bodies of water and I urge everyone to ensure their yards are free of any water-holding containers such as buckets, pot plants, saucers and bird baths, or empty them regularly” Cr Marx said.

“Make sure windows, and all openings on rainwater tanks, are screened; and ensure roof gutters are not blocked with leaves.

“When the inevitable happens and mosquitoes are rife, residents are encouraged to arm themselves with mosquito coils, wear long sleeves and long trousers and screen doors and windows.

“Midges can also be a problem in Brisbane and sometimes mistaken for mosquitoes. There are no chemicals registered as safe to spray in Australia, so unfortunately while we can spray for mosquitoes, the same can’t be done for midges.

“To protect yourself from midges, we recommend a tropical strength insect repellent and protective clothing.”

For the latest on what’s happening in Brisbane, visit www.adrianschrinner.com.au/brisbane-news.