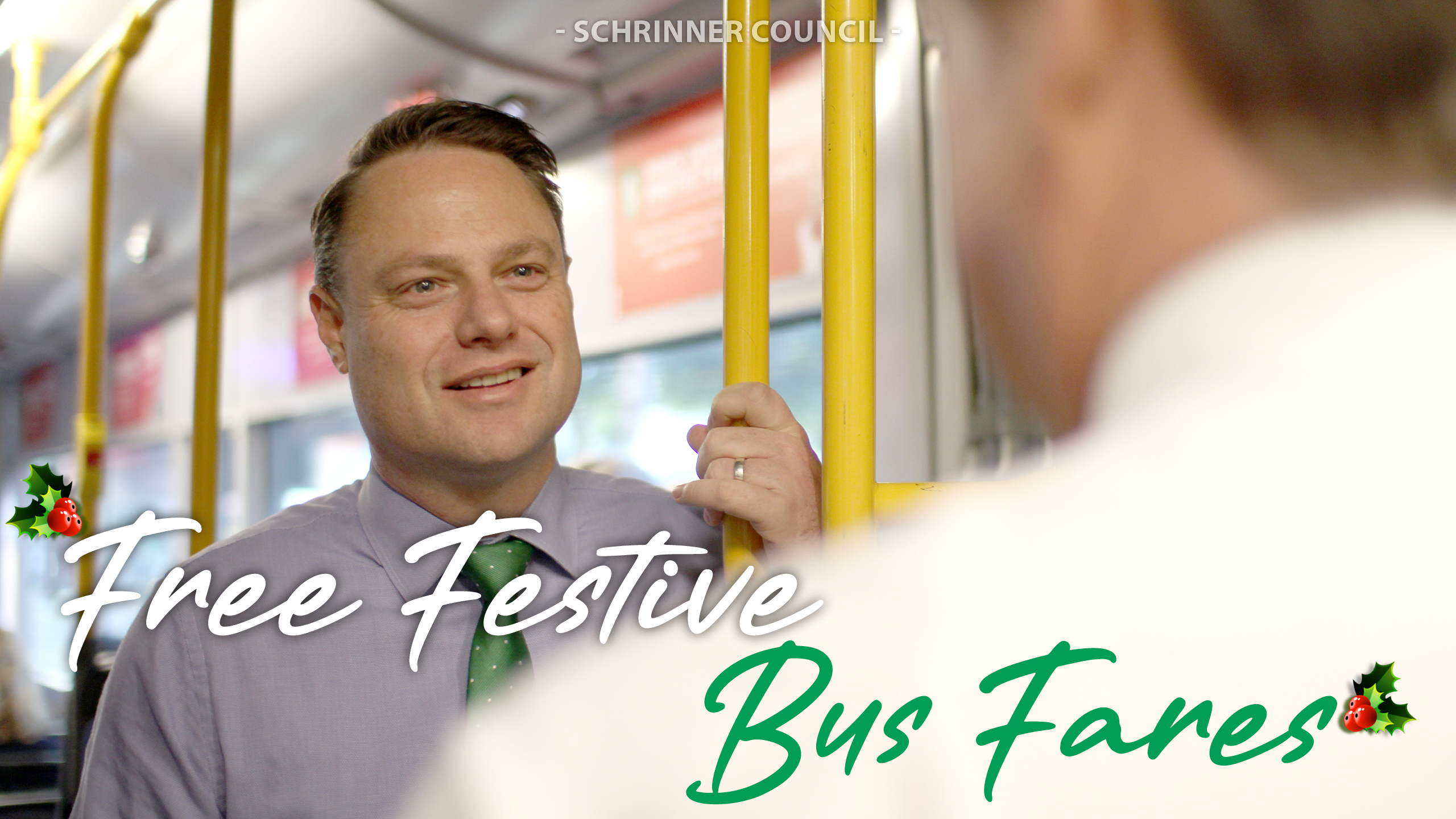 Bus travel for Brisbane commuters will be free throughout the two weekends before Christmas, Lord Mayor Adrian Schrinner has announced.

Cr Schrinner said the Free Festive Bus Fares initiative on Council’s 1200 buses was a thank you to commuters who continued to use public transport and key part of his plan to help retailers and restaurants in Brisbane’s CBD revive and recover.

“For some time now, I’ve been saying that all levels of government need to step up and play a part in helping our city centre recover from the pandemic because it is such a critical part of the Queensland economy,” Cr Schrinner said.

“My Council’s Free Festive Bus Fares will provide a bit of hip pocket relief to commuters during what can be a costly time of the year.

“This initiative will also entice people to return to Brisbane’s CBD, do a bit of Christmas shopping and enjoy one of the many fine cafes and restaurants that our city has to offer.

“Measures like our Free Festive Bus Fares will help restore confidence in public transport and remind people how great a day out in Brisbane’s city can be.”

Under the plan, all travel on Brisbane’s fleet of blue and yellow Council buses, along with the Blue and Maroon CityGlider services, will be free from Friday 10th through to Sunday 12th of December and from Friday 17th through Sunday 19th of December.

Stickers will be placed over the Go-Card reading machines so commuters do not accidently pay for their fares during these periods.

“It will mean whenever residents or visitors hop on a Brisbane City Council bus during these periods, there will be no need to use their Go-Card. Full stop,” Cr Schrinner said.

Cr Schrinner said the recent removal of mask restrictions had prompted many people to return to the CBD however foot traffic in the Queen Street Mall was still well down on pre-COVID levels.

“That’s why I have introduced the Free Festive Bus Fares initiative because we need people to return to the city to help it recover,” he said.

“While in the city, people can also enjoy some of our Christmas in Brisbane events and initiatives, such as our dazzling light display which will illuminate City Hall with a narration of ‘The Night Before Christmas’ every 15 minutes until Christmas eve.”

The Free Festive Bus Fares comes after the Schrinner Council released the City Centre Master Plan, which detailed a raft of short and long-term initiatives to support Brisbane’s CBD.

The City Centre Master Plan Stage 1 detailed 15 priority actions across five themes – welcoming, connected, animated, beautiful and unlocking potential – which will be the focus of delivery over the next 18 months.