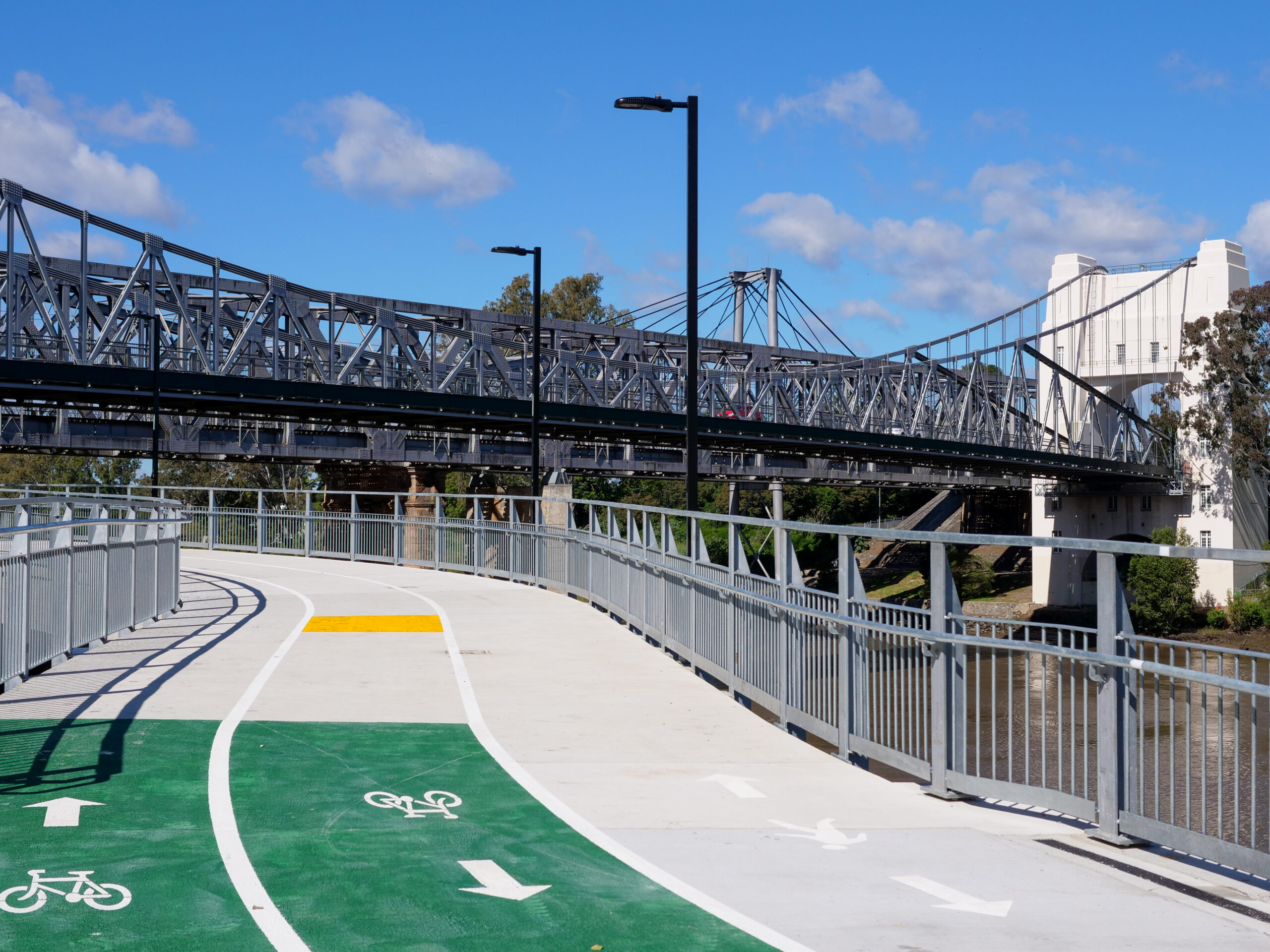 Lord Mayor Adrian Schrinner said that after 14 months of construction, the Indooroopilly Riverwalk had been delivered six months ahead of schedule and under budget.

“Around 230,000 hours of work by more than 60 local workers have been completed to construct the 790-metre separated bridge along the riverbank between Twigg Street and the Jack Pesch Bridge,” Cr Schrinner said.

“The riverwalk will significantly improve active transport links in the area, creating a quicker and safer route for thousands of cyclists and pedestrians every week.

“Locals have led the delivery of this project with bridge decks from Seventeen Mile Rocks, pile liners from Wacol and steel handrails from Brendale.

“Building a rivewalk is an extremely technical task and involved 88 piles being installed along the riverbank, but the end result is spectacular.”

Public and Active Transport Chair Ryan Murphy said in addition to the separated pathway there were spots along the walkway for people to stop and enjoy the river views.

“Providing this integral active transport link was the focus of this project, but it has also delivered a fantastic recreational opportunities for residents and visitors to get close to the Brisbane River and enjoy time outdoors,” Cr Murphy said.

Walter Taylor Ward Councillor James Mackay said the riverwalk would be open for use on Sunday 6 June.

“There will be a community celebration to mark the opening of this much-anticipated riverwalk and I encourage residents to come down and enjoy the fun family day out, and of course take a walk or ride on the new riverwalk,” Cr Mackay said.

Visit www.adrianschrinner.com.au/brisbane-news to find out what’s happening in Brisbane.