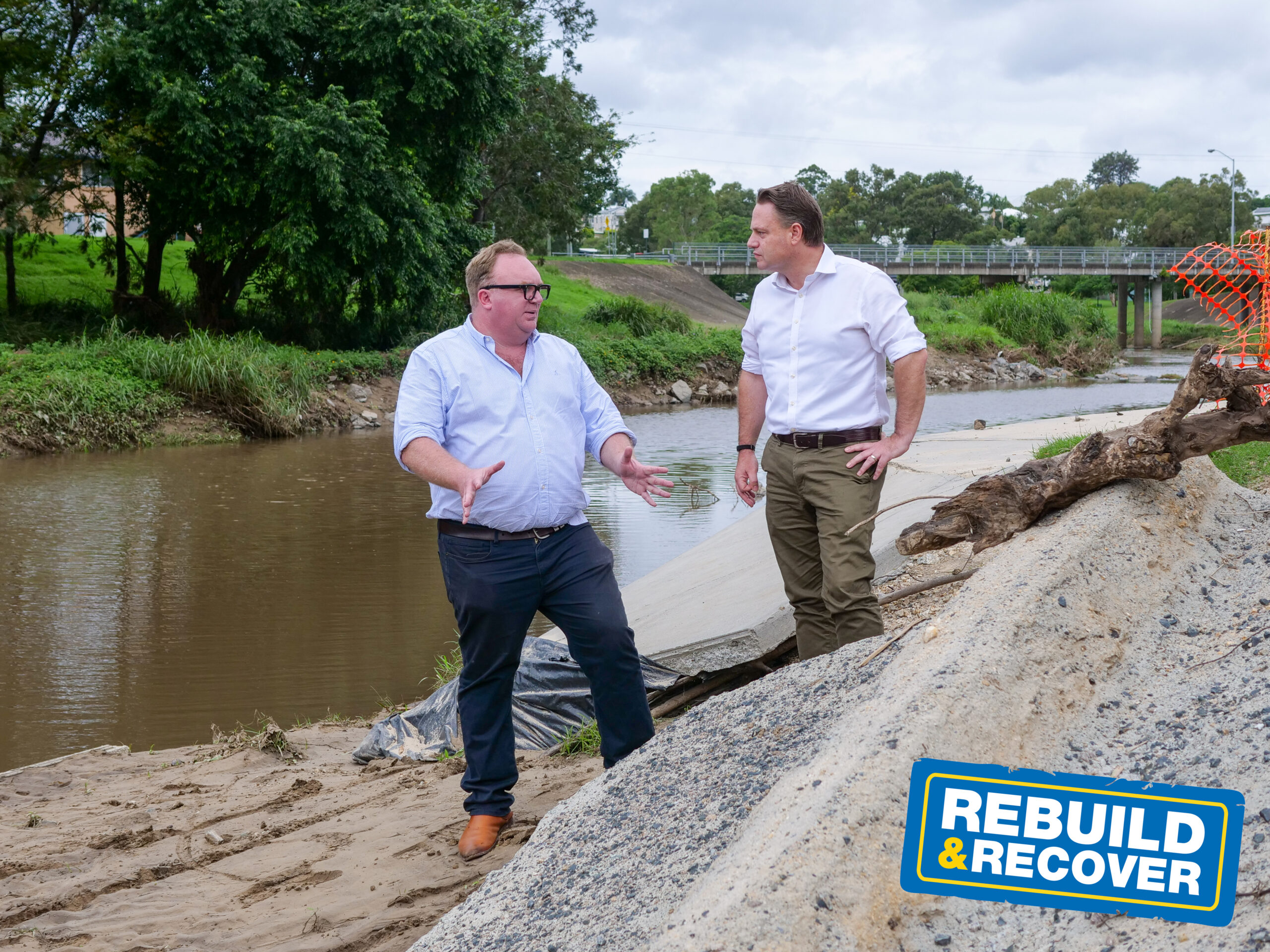 Cr Schrinner said an extension assessment of Council assets and facilities had found the damage from the recent the flood is widespread, and the recovery won’t come cheap.

“We have been working hard to make sure our city recovers as quickly as possible after what was a devastating flood event,” he said.

“The assessment that has been undertaken has found the cost of this disaster will far exceed the 2011 flood costs.

“While the 2011 flood caused enormous damage, the 2022 event involved a combination of river, creek and overland flow flooding across 177 suburbs and this has caused far more damage to Council assets and facilities.”

Cr Schrinner said since the flood event staff had been working hard to assess Council assets across the city, including streetlights, bikeways, sports fields, roads and playgrounds.

“This flooding was so fierce that parts of our bikeways were completely washed away while around 80 roads will need a substantial reconstruction or full resurfacing work.

“Our community facilities were also hit incredibly hard with 48 per cent of our lease sites, which are used by our community groups and sporting clubs, damaged and these repairs alone will come with a major cost.

“The Schrinner Council has a track record of producing balanced budgets that deliver for Brisbane’s 1.2 million residents and right now we are factoring in Brisbane’s’ recovery to our 2022-23 Budget that’s due to be handed down in mid-June.

“There will be a significant cost to the Budget, and this will come on top of two years of COVID, which has also had a significant impact.

“Recovery and rebuild of this scale cannot happen overnight, and I thank residents for their patience as we plan and budget for our recovery plan.”