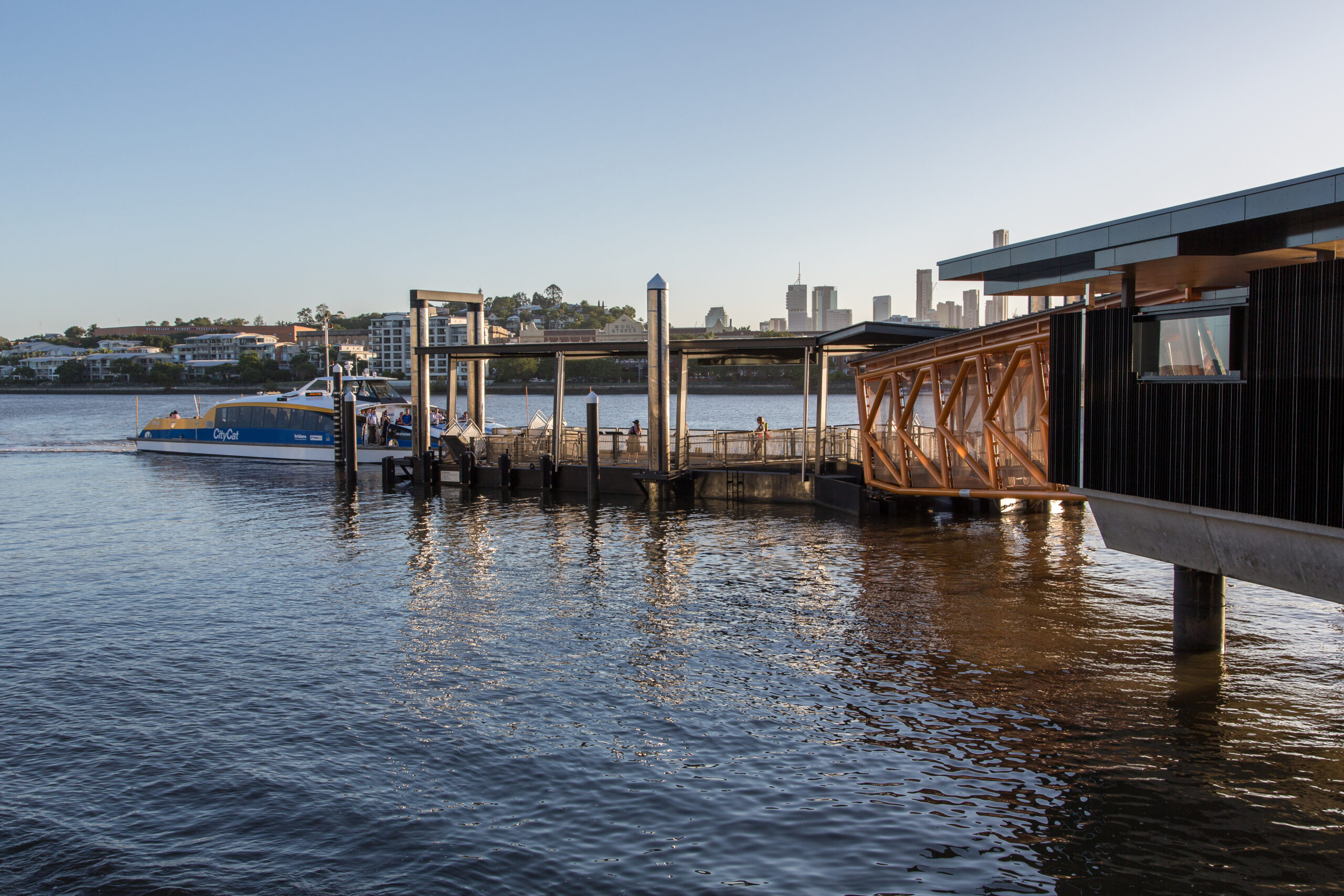 The first CityCat service has returned the Brisbane River today following one of the biggest flooding events in the city’s history.

“Council’s marine infrastructure sustained significant damage during the recent flood and the clean-up effort is continuing with debris still being discovered in the river,” Cr Murphy said.

“We’re working to restore our terminals as quickly as possible and we are thrilled to be able to resume this service just a month after the severe flood event.

“Compared to 2011 when seven terminals were destroyed and took years to replace, we will be able to get these key transport connections back to residents quicker which is a fantastic outcome.”

Joining the Bulimba-Teneriffe service as part of the first staged return, the temporary West End to Guyatt Park cross river route serviced by a CityCat will begin Monday 11 April.

The next stage will involve services for the New Farm and Bulimba peninsulas followed by the city and South Bank, Howard Smith Wharves, Brett’s Wharf, Apollo Road and Northshore Hamilton.

A temporary ferry replacement bus is now operating between Apollo Road and the city, during peak times between 6:30am to 8am and 4pm to 5:30pm, stopping at ferry terminals along the way.

A free hail and ride service by maxi taxis is currently operating on a loop from Northshore Hamilton to Teneriffe via Brett’s Wharf.

Cr Murphy said repair work on Brisbane’s ferry terminal network was being prioritised based on those least affected by the floods.

The Bulimba to Teneriffe Ferry Service timetable operates every 15 minutes from: