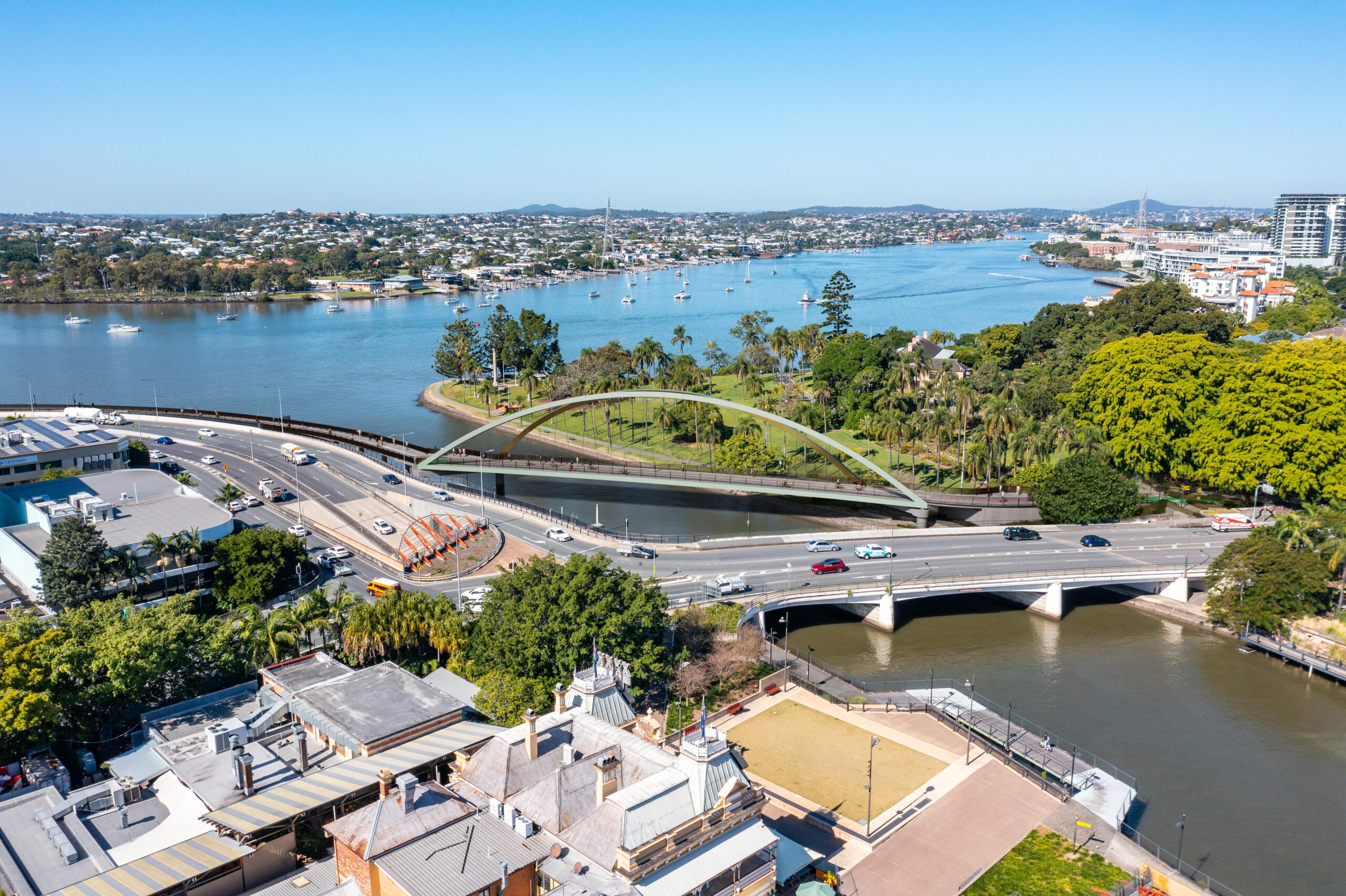 The final design for the Breakfast Creek Green Bridge has been released, with construction of the key piece of Olympics infrastructure to start early next year.

“Our bridge will connect business and employment opportunities in Newstead, Teneriffe, Fortitude Valley and the city centre with growing lifestyle precincts including Northshore Hamilton and Racecourse Road,” Cr Schrinner said.

“This bridge will deliver a lasting legacy as we set our sights on what will be required for the Brisbane 2032 Olympic and Paralympic Games.

“Come 2032, this bridge will be used by athletes, residents and visitors as tens of thousands of people descend on our city while Brisbane hosts the biggest sporting event in the world.

“While the games may be 11 years away, I committed to fast-tracking this critical piece of infrastructure because providing better connections along our river will make Brisbane an even better place to live.

“We are investing heavily in improving transport connections ahead of 2032 and this includes our other new green bridge at Kangaroo Point, which we will start construction on later this year.

“These bridges will give residents and visitors more options to ditch their cars, with the Breakfast Creek Green Bridge able to be used to access the new athletes’ village and the Kangaroo Point Green Bridge there for people to get to a redeveloped Gabba Stadium.

Cr Schrinner said the final design for Breakfast Creek has been reached following extensive community consultation, during which around 800 people had their say, as well as detailed investigations completed on site.

“This project will deliver new and improved paths for pedestrians and cyclists with the added bonus of incredible river views,” he said.

“It will collectively provide approximately 800 metres of new and improved paths for pedestrians and cyclists to use for both commuting and recreation.

“We’re extending the Lores Bonney Riverwalk by 175 metres and proposing a new two-way on-road cycle path from the bridge landing at Newstead Park through to Newstead Terrace at Halford Street, via Breakfast Creek Road and Newstead Avenue.

“This new connection will provide a safe, separate ongoing connection to the inner city and CBD and avoid the need for commuters and sport cyclists to travel through Newstead Park.

“A key focus of the final design has been to complement the area’s heritage and landscape setting by minimising impacts to existing views of Newstead House and Park and the Brisbane River, with an arch bridge span featuring colours inspired by the leaves of the surrounding Moreton Bay fig trees.”

Cr Schrinner said delivering this bridge would support 140 local jobs during construction, with the contract to construct being awarded and works due to commence early next year.

Community information sessions will be held in the local area in late October 2021 to provide an opportunity for residents and business owners to meet the project team, ask questions and learn more about the final design for the bridge, its ongoing connections and construction timing.