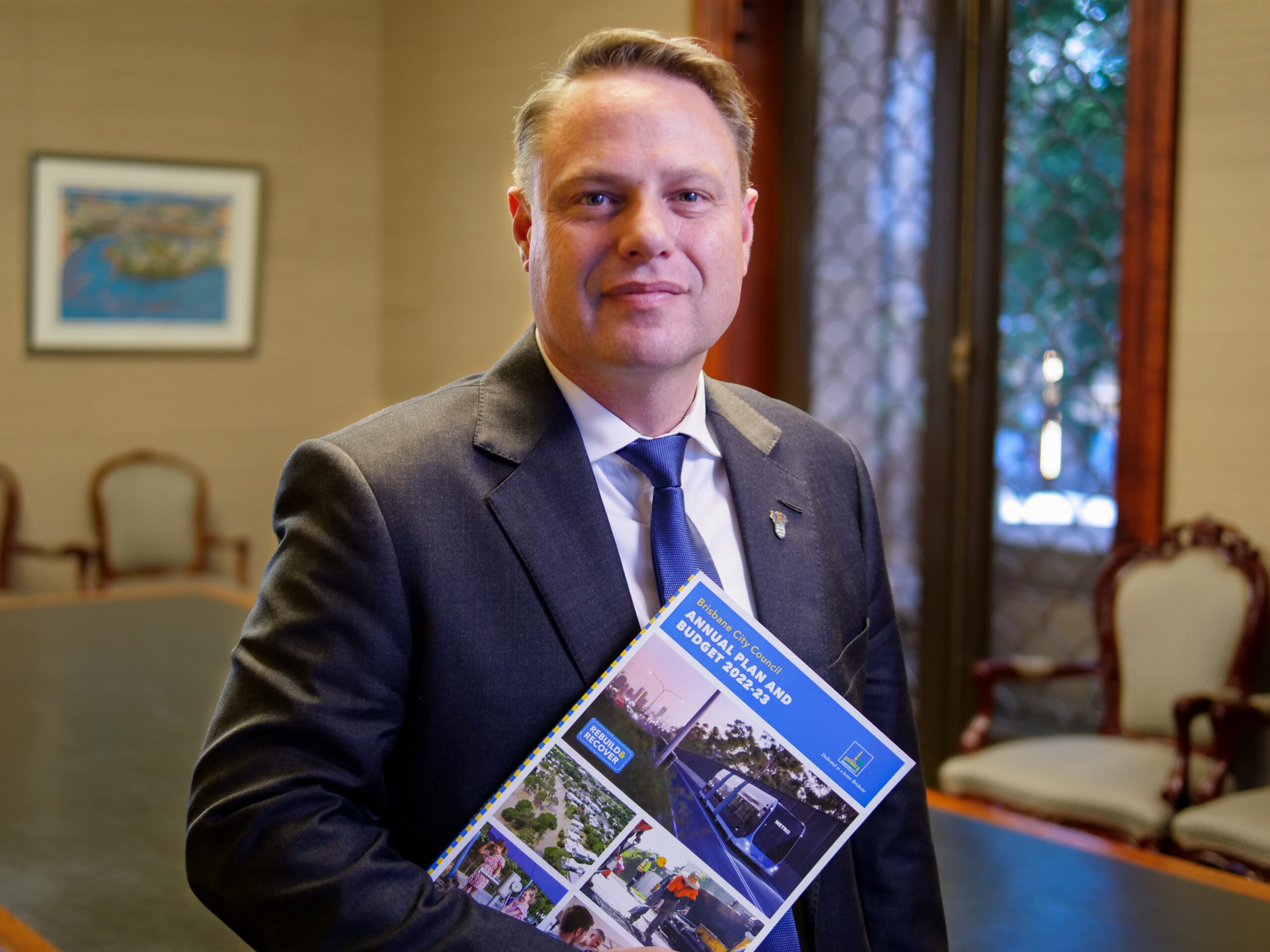 “Brisbane already has the cheapest residential rates in south east Queensland thanks to our years of sensible financial management,” Cr Schrinner said.

“For just $1.63 a week extra, we will undertake Brisbane’s biggest-ever flood rebuild, deliver game-changing infrastructure projects for our future and guarantee record spending in our suburbs.

“Our budget is sensible and affordable. The rate rise is below Brisbane inflation and below Labor’s record rate hikes when there was no pandemic, flood or rapidly rising costs.

“Our budget guarantees Brisbane residents will get more and pay less than all the other south east councils, even before most of them have released their budgets.”

Council will also maintain a balanced budget while keeping net debt per capita at $2377, seven times lower than the current State Government figure.

Just 24 per cent of Council’s $1.35 billion infrastructure investment in 2022-23 will be funded through borrowings.

Under the $4 billion financial blueprint, Council will invest more than $500 million over the next three years on the Rebuild and Recovery program following the February flood that impacted more than 23,000 homes across 177 suburbs.

The investment includes $166.2 million for community clubs with the State and Federal governments, a more than doubling of the drainage budget to $131 million for drainage and $59.6 million for bikeways.

“Last month I announced we would pause and cancel a number of projects and trim spending in some areas to ensure we can prioritise Brisbane’s biggest ever rebuild,” Cr Schrinner said.

“This budget delivers on that commitment, ensuring we fast-track this recovery while keeping costs under control.”

The Budget also continues investment in massive infrastructure projects that are unrivalled at a council level anywhere else in Australia.

“It is the kind of project that would be delivered by a state government everywhere else in Australia.

“Because of the Queensland Government’s failure, we have stepped in to deliver this critical piece of infrastructure which has significant potential to expand into other areas of Brisbane and beyond.

“Our green bridges program is much the same, with the Kangaroo Point and Breakfast Creek green bridges shaping as vital projects.”

The 2022-23 Council Budget also includes a new Suburbs First Guarantee which will continue to ensure more than 80 per cent of our investment occurs in Brisbane’s suburbs.

“Whether they’re projects big or small, our Council continues to deliver for Brisbane suburbs through a raft of investments,” Cr Schrinner said.

“This budget includes $35 million for new and improved footpaths and $244 million for parks, including our new Sun Safe Suburban Playgrounds program and $83 million on road resurfacing.

“All these measures help ensure Brisbane gets even better.”

“This measure will go to those flood victims who have been impacted the most, ensuring they don’t pay full rates while their home is uninhabitable,” he said.

“I believe there’s a way we can better foster this talent while helping to reduce the amount of ugly tags and graffiti that end up vandalising private property,” he said.

“We’re going to start a new initiative under which we can identify public spaces that can be used as a canvas for legal street art.”