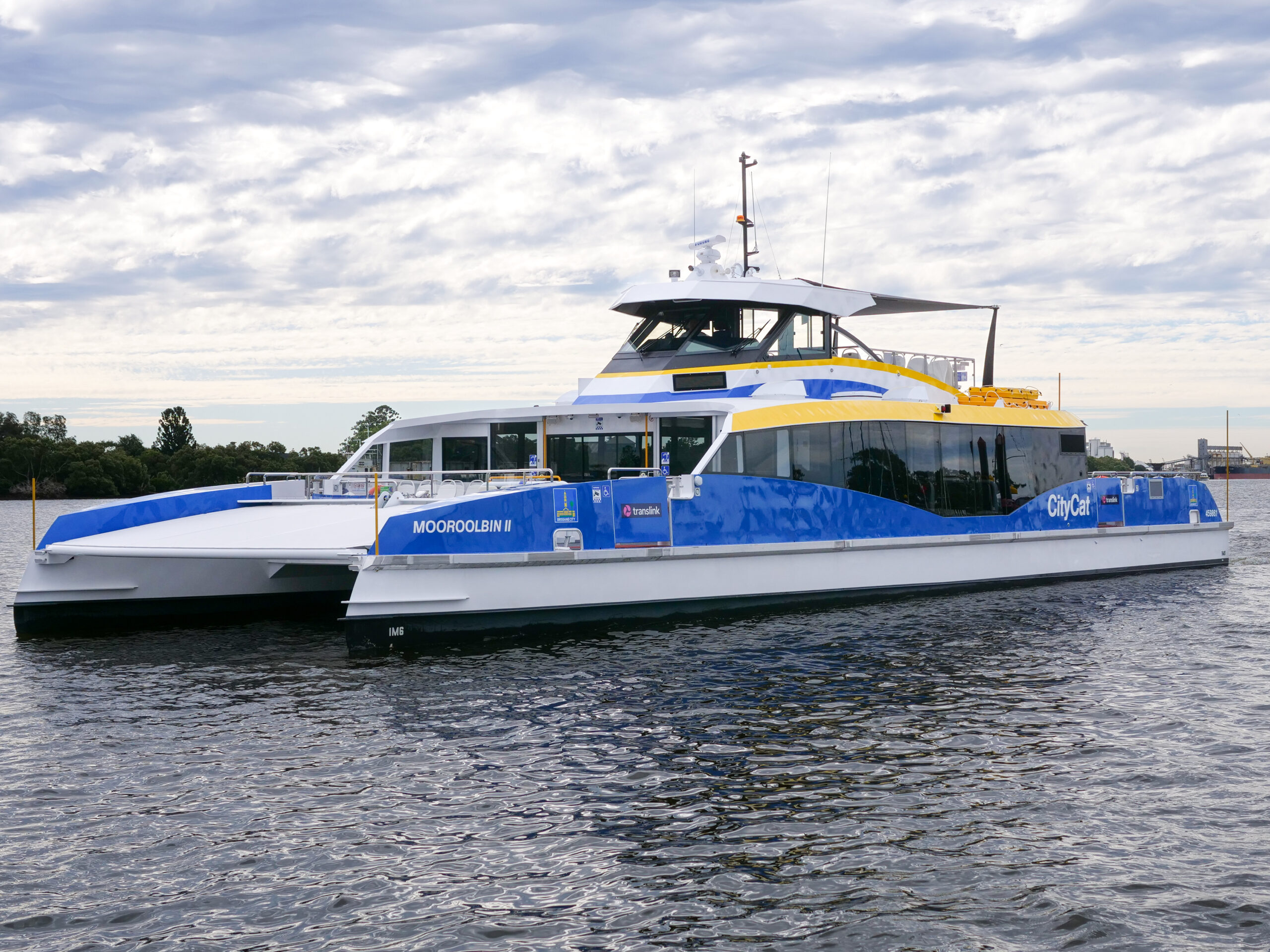 Brisbane’s newest double-decker CityCat, Mooroolbin II, will hit the water today with the new vessel being the first CityCat to trial an upper deck shade sail.

Lord Mayor Adrian Schrinner said the newest member of the fleet is the 26th CityCat for Brisbane, and the fifth double-decker CityCat.

“The new double-decker CityCat will follow the tradition of naming ferries after Aboriginal place names and today we have christened CityCat26 as Mooroolbin II translating to Hamilton sandbank,” Cr Schrinner said.

“It’s a long-standing tradition that we christen our new vessels before they launch to bring good luck, and it’s extremely special to have Brisbane Lions player Ally Anderson christen Mooroolbin II, as she is not only a local sporting identity but also a Ghungalu woman.”

Cr Schrinner said CityCats were an extremely popular transport option and had been a feature of the Brisbane River for more than 25 years.

“I’m so pleased to be adding to our fleet with the arrival of our latest fifth Next Generation CityCat, to include a trial an upper deck shade sail,” he said.

“We are always looking to improve public transport for our residents and visitors and the inclusion of this shade sail on the upper deck will protect our customers from the sun, while still allowing them to enjoy being outdoors on the river.”

“This vessel was locally built at Murarrie with Aus Ships at the helm of construction, with 25 full-time employees involved in the build, including seven apprentices,” Cr Murphy said.

“Mooroolbin II clocked up 33,000 works hours and also completed trials on the river during May.”

Construction of the next double-decker CityCat is now underway and due for completion in late 2022.

Mooroolbin II features:
The vessel is 27.2 metres long and has all the same amenities as its ‘sister’ vessels, Yoogera, Neville Bonner, Mianjin II and Barrambin II.
It is the first Next Generation CityCat to trial upper deck shade sails, to offer shading from the sun for customers.
It will carry 170 passengers, with seating for 20 passengers on the upper deck.
There will be up to six dedicated wheelchair and mobility scooter areas.
The vessel’s rear lower deck will provide space for 10 bikes and seating for 16.
Passengers in mobility devices and children will be able to enjoy better views of the Brisbane River with a clear viewing pane below the handrail on the open front deck and enlarged windows in the main cabin.
Commuters can charge on the go, with USB device charging points fitted on-board.
The main cabin will include table and lounge seating options.