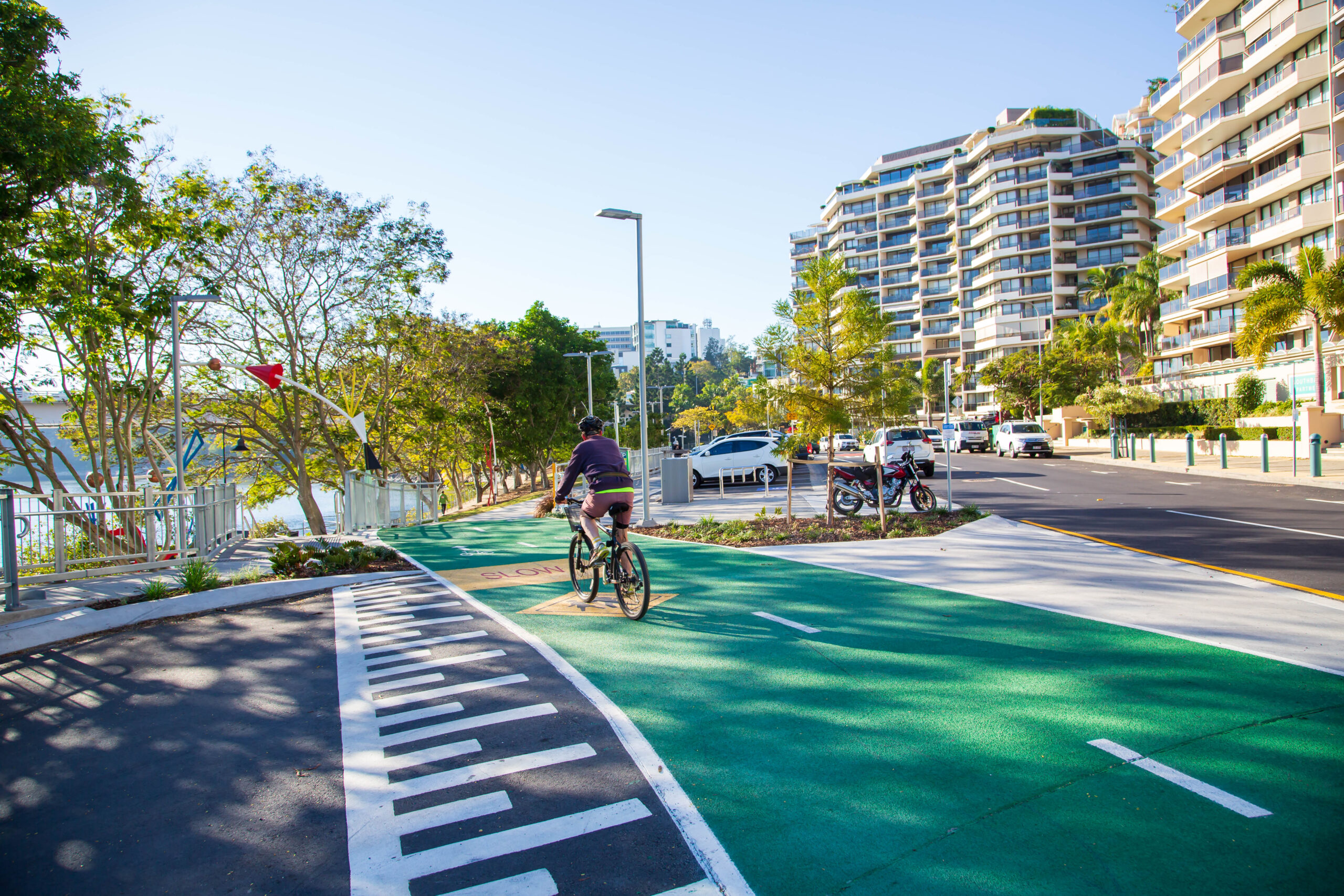 The majority of Brisbane’s bikeways are back operating during the school holidays after being hit hard during the recent devastating flood events.

Civic Cabinet Chair for Transport Cr Ryan Murphy said 60 per cent of Brisbane’s significant bikeway network had been impacted by flooding and Council teams had been working exceptionally hard to clear mud and debris.

“Whether it’s exercise, a recreational ride or work commute, millions of residents and visitors use Brisbane’s 395 km network of bikeways to travel around our city,” he said.

“Hundreds of kilometres of Brisbane’s bikeways were damaged during the flood, leaving us with a big cleaning job and the even bigger task of restoring millions of dollars’ worth of damaged infrastructure.

“Tipper trucks and street sweepers were able to remove large amounts of debris, however in harder to reach parts, significant amounts of debris and mud had to be moved by hand, which takes more time.

“Our crews have cleaned, made safe and re-opened pathways, ready for our kids to explore these school holidays.”

Cr Murphy said the Kedron Brook Bikeway had been completely destroyed in a number of places with the creek and bank remaining dangerous.

“Given the complexity of damage in these creek environments, our plan to build back better will take some time. Temporary detours will be needed to keep the bikeway connected,” he said.

More than 300 cubic metres of mud, five tonnes of wood and five pontoons has also been removed to re-open the Bicentennial Bikeway, with the state government leading the removal of the former Drift Restaurant.

A detour on Coronation Drive is in place for riders to get around the Drift obstruction.