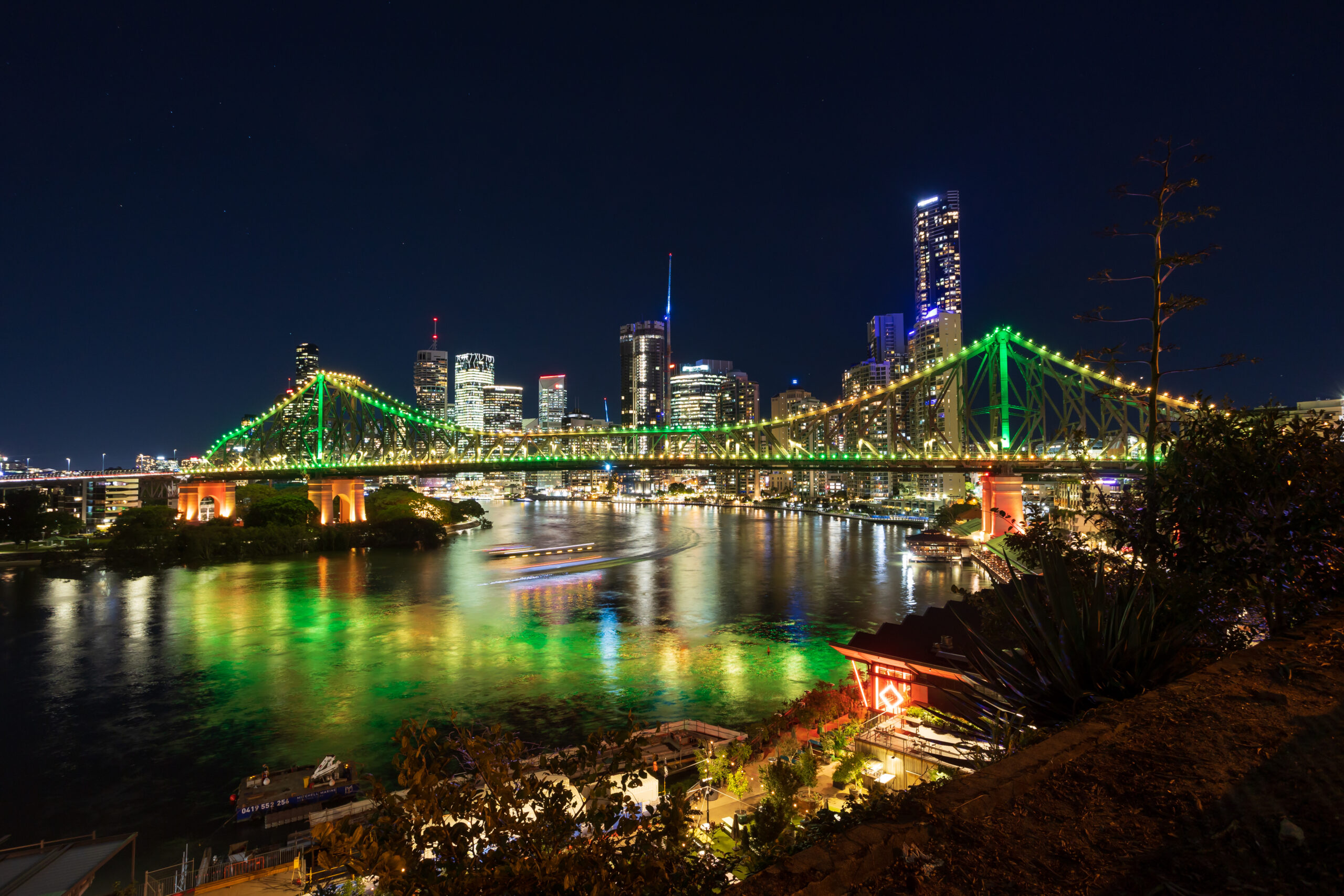 Brisbane City will shine in green and gold tonight (Wednesday 21 July) as the world waits to hear if Brisbane wins the 2032 Olympic and Paralympic Games.

Buildings across the city, bridges over the river, hotels, stadiums and Brisbane’s Howard Smith Wharves cliff faces will be bathed in Australia’s Olympic colours of green and gold lighting as we to gets ready to hear the much anticipated 2032 Games Host City announcement.

Speaking from Tokyo ahead of the International Olympic Committee’s highly-anticipated announcement, Brisbane’s Lord Mayor Adrian Schrinner said the Olympic spirit will be shining bright across Brisbane on Wednesday night.

“Sights across the city will be lit up in green and gold to support our bid to host the 2032 Olympic and Paralympic Games. As you’re going home, catching public transport, walking or dining along the river, look up to see Brisbane shine like never before,” Cr Schrinner said.

The following sites will be illuminated in Australia’s Olympic green and gold coloured lights:

Large video screens in King George Square and the “Olympics Live” site at South Bank will be live streaming the announcement from Tokyo on Wednesday night.

The Lord Mayor said the world’s spotlight would be on Brisbane and lighting up buildings and sights across the City in green and gold would showcase Brisbane to a global audience.

“The anticipation is building, and Brisbane will look brilliant illuminated in the Australian Olympic colours,” Cr Schrinner said.