All aboard to Howard Smith Wharves 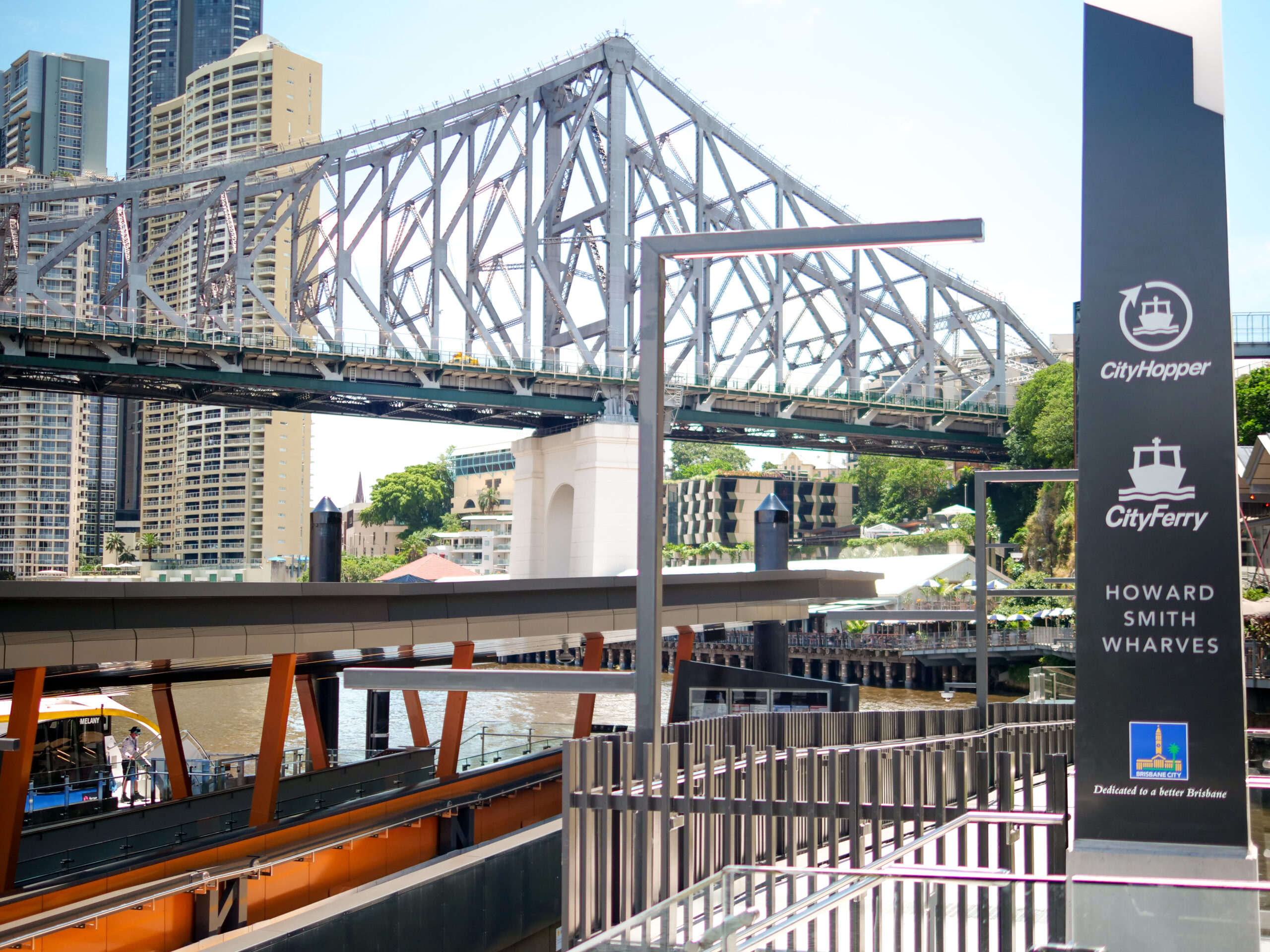 Brisbane’s first new ferry terminal in seven years has been opened by the Schrinner Council, giving residents and visitors river access to one of the city’s most popular destination, Howard Smith Wharves.

Civic Cabinet Chair for Transport Ryan Murphy said the new ferry infrastructure at Howard Smith Wharves was the 23rd terminal to be added to Brisbane’s renowned CityCat and ferry network.

“This fantastic new terminal unlocks river access to Howard Smith Wharves which was once one of Brisbane’s busiest commercial ports after it was completed in the 1930s,” Cr Murphy said.

“It will mean residents and visitors will be able hop on a Cross River Ferry or CityHopper services every half an hour and be transported on our river to what’s become one of Brisbane’s best dining and entertainment districts,” Cr Murphy said.

“We drove the creation of Howard Smith Wharves, which had been all but abandoned since the 1960s, and we are very proud to be part of the next stage of the evolution of this fantastic precinct which has become one of our city’s must-do destinations.”

Cr Murphy said the new 170-tonne terminal, which was built in Brisbane by local workers, also provides connectivity to the New Farm Riverwalk and surrounding suburbs of Fortitude Valley and Kangaroo Point.

“Our decision to invest in this terminal has helped put money back into the local Brisbane economy and supported jobs,” Cr Murphy said.

“The fabrication occurred in Hemmant, the concrete was from Kelvin Grove and Sunnybank, signage was from Coorparoo and even security services from Moorooka, plus many more,” he said.

“The construction of Howard Smith Wharves as well as the upgrade to the South Bank Terminal, which opened last week, supported more than 100 local jobs.”

Central Ward Councillor Vicki Howard said the opening of the terminal was perfectly timed with thousands of people expected to visit the precinct this holiday period.

“Howard Smith Wharves is extremely popular with residents, but also visitors to our city, and I expect this brand-new terminal to be very well used as people opt to leave the car at home and catch public transport,” Cr Howard said.

The Schrinner Council is investing more than $53 million in new and upgraded ferry terminals over the next three years. The next terminal upgrade, Dockside, is planned to get underway from early 2022.

Howard Smith Wharves Chief Executive Officer Luke Fraser said travelling by the river is one of the most beautiful things to do.

“We’re delighted the new ferry terminal will be open in time for the Christmas and summer holidays,” Mr Fraser said.