Abandoned cars cleaned up and auctioned off 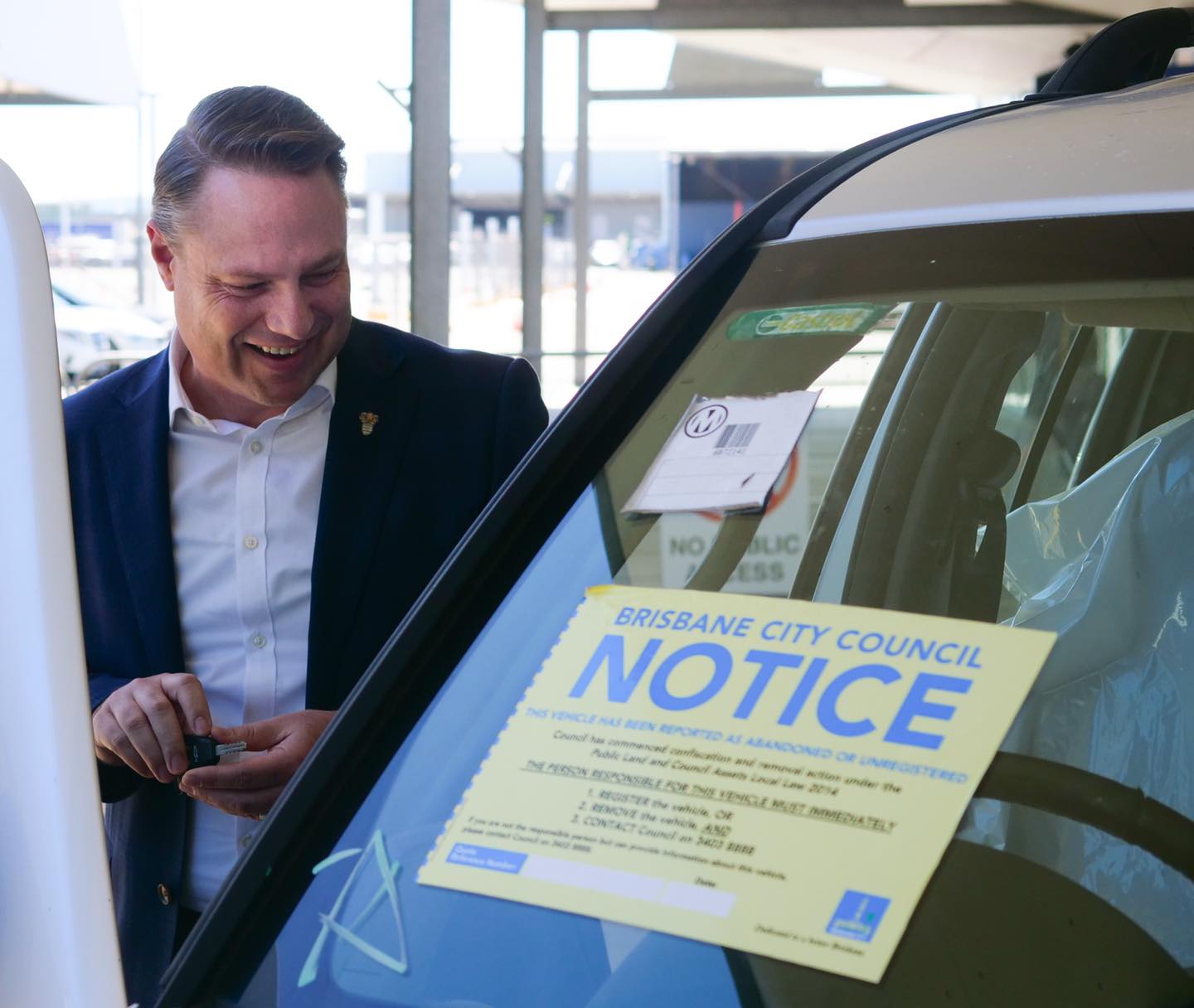 With thousands of reports of abandoned vehicles in Brisbane every year, Council is cleaning up the streets and making the unclaimed cars available to the public via auction.

Lord Mayor Adrian Schrinner said he had zero tolerance for unregistered abandoned cars, and if the vehicles weren’t claimed Council would auction off the car – with about 28 unclaimed vehicles going to auction each month.

“Abandoned cars do not only cause safety issues, but they are an absolute eye sore in our suburbs,” Cr Schrinner said.

“If we become aware of an abandoned vehicle that is unregistered, I want it removed quickly. If it stays unclaimed, we are not going to let them pile up, we will sell them. Someone’s trash can be another person’s treasure.”

General Manager of Manheim Auctions Brisbane Sean Kinsey said car auctions were an under-utilised way to pick up a great deal and were increasingly popular over the past year due to the online platform.

“All cars in the auction can be viewed online and once the customer registers their details through the Manheim website, they’re granted access to the online bidding platform and can pick up a bargain,” Mr Kinsey said.

“Abandoned vehicles are mostly sold online through our salvage auction and can start at as little as $50.

“It’s a great place to pick up a first car or even a project vehicle and they often run over the course of a few days, providing every consumer an opportunity to win, including shift workers.

“Although the vehicles come to us in various conditions, we’ve had some brilliant bargains picked up, like a XR6 Ford ute that sold for $1500 with a market value over $7000 – the purchaser had a key cut, repaired the wheel and was on the road within the week.”

Auctions are open to the public and information regarding upcoming auctions can be found on Council’s website: www.brisbane.qld.gov.au.